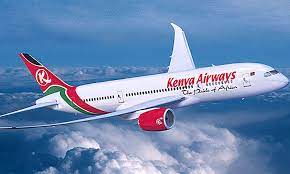 Kenya’s airways plans to start direct flights from Nairobi to Hargeisa, the capital of Somaliland May 28.

Kenya and Somaliland reached the first historic bilateral agreement at the end of 2020 that Kenya airways to commence direct flights to Hargeisa.

The announcement came as both countries are desirous to forge closer bilateral ties.

The airline further said that flights from Nairobi to Hargeisa will be on Sundays, Fridays and Wednesdays at Egal Int’l airport.

In addition, Kenya recently appointed a head of its diplomatic mission to Hargeisa to prepare the ground for the trade exchanges between the two sides.

This comes at a time when relations between Kenya and Somalia have strained a bit further.

Kenya suspended flights from and to Somalia despite claims that Somalia normalized diplomatic ties with Kenya after the rich oil Gulf state of Qatar brokered the mediation talks.

Somalia having renewed diplomatic ties with Kenya but it banned Miraa shipment destined for Somalia which means that the relations between the two countries is now from bad to worse.