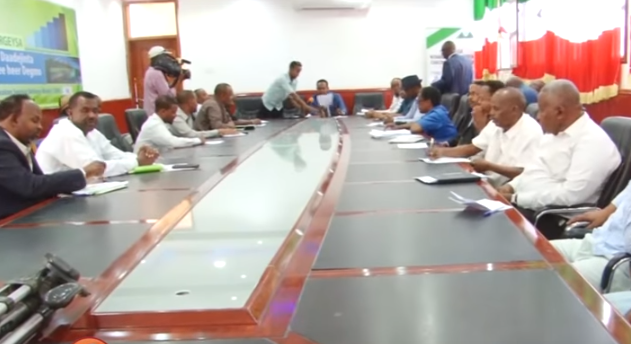 HARGEISA– The city council in Hargeisa yesterday apprised of the residents must stop letting their livestock to wander in the major markets in the capital. The local city further issued a stern warning that from now that the stray livestock will be seized and they will be slaughtered and will be fed to inmates in prisons and mentally challenged people in hospitals. This was disclosed by the deputy mayor of city council in Hargeisa, Mr. Abdiasis Mohamed aka Cagaweyne. The deputy mayor presided over the meeting yesterday which transpired at city hall premises. The city council discussed plans which are aimed at boosting the beauty of the capital. They also come up plans intended to launch clean up campaign across the districts in the city. The deputy mayor announced the public that the local council will conduct campaigns including clean ups and clearing roads. The first clear campaign will kick off in 150 street in the north of Hargeisa where all scarp metals will be removed. The mayor stated that the plan is to build and rejuvenate the road that goes around the city. Somaliland local councils are blamed for lack of accomplishment and that they are one of the corrupt institution in the country.