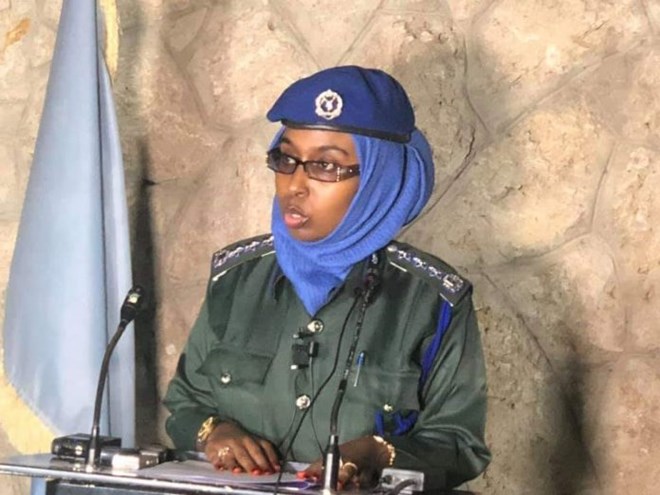 MOGADISHU– Somali police have dealt a heavy blow to Al Shabab militants in Mogadishu  by discovering a deadly stash of bomb-making equipment and weaponry, including improvised explosive devices (IEDs).

Somalia’s Deputy Police Commander, Brigadier General Zakia Hussein Ahmed, announced that operations conducted in the capital led to the capture of Al shabab elements and other explosives. The operation which was conducted in Ceelasha Biyaha which is in the oustkirts of Mogadishu saw the confiscation of cache of weaponry including grenades, landmines, and other explosive IEDs. The Somali police further said that the hole which was retrieved from the weapons haul buried. In similar operation that Somali police force conducted in Afgoye led the apprehension of more than 35 Al Shabab elements as said by Ms. Zakaria, Somali’s deputy police commander. In another operation aimed to flush out Al Shabab elements from Southern Somalia, deputy police commander said that Sabiib operation led to the capture of 14 Al Shabab members. The operation coincided in a campaign launched by Somali government which is aimed at flushing Al Shabab militants from lower Shabele, which is its stronghold.