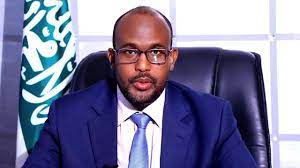 The Minister of Communications and Technology of Somaliland Hon. Abdiwali Abdillahi Sheikh Sufi Jibril has announced that the international Facebook company has brought to Somaliland an Internet fiber cable connection, a plus for the free market for telecommunications services and a chance for the nation to benefit.

Minister Abdiwali said that the move by the government and the three existing telecommunication companies to establish a quadrilateral company that would centralize the infrastructure of Internet lines and their transmission, many international lines have come to bring Internet lines to Somaliland as result.

He said that Facebook and another company, Saada came in immediately thereafter, a move that facilitates the speed of the Internet to increase as the costs to consumers drop due to the free-market.

On the other hand, he said that any citizen who is able to bring similar cables that carry the internet is free to enter the fray since no one is tied to a quota.

He also said that they have drafted the laws and regulations of the sector that would comprehensively address matters and all aspects of on-line businesses, marketing and infotainment and as well as their infringements.

He noted the advancements made so far by the ministry including the interconnections of different service providers that have been in place since April. Making it easy for telephone subscribers to communicate.

“We have also implemented the integration of telephone companies, Somtel and Telesom in April”, he said.

The Minister gave the revelations when he briefed the Standing Committee of the Senate, and was welcomed by its Chairman Hon. Dayib Hassan Ahmed.g