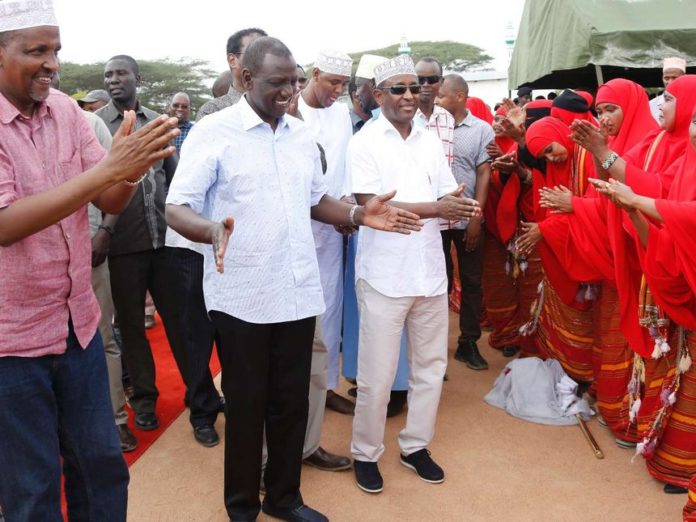 Kenya has repatriated 300,000 refugees to Somalia under the Safe Voluntary Return programme since December 2014, Deputy President William Ruto has said.

The government is partnering with the United Nations High Commissioner for Refugees in the programme.

The UNHCR, Kenya and Somalia signed a tripartite agreement on November 10, 2013, for the voluntary repatriation of Somali refugees living in Kenya.

The DP spoke at the UNHCR offices and Dadaab Primary School grounds on Friday.

“It is encouraging that a good number of refugees have heeded our call to go back to their homes,” Ruto said.

He said Kenya will continue protecting the remaining 200,000 refugees as efforts to fight insecurity that is caused by terrorism are stepped up.

The DP said the government will turn structures left by the refugees into a modern education centre. He said a team of senior education officials would tour the area next week to inspect the structures.

Ruto said schools that were initially used by refugees will be turned into boarding schools for girls and a Technical and Vocational Education and Training will be set up.

The DP said Kenya and its development partners would use Sh100 billion in the economic transformation of Northern Kenya and North Eastern region.

Ruto said the funds would be used in the development of water, roads, health, energy and education.

The DP said a committee has been formed to vet youths from Kenya who had registered as refugees at the Dadaab camps.

Duale said the vetting of youths from Kenya, who are in refugees data, should be accelerated so as to enable them get identification documents.

“These are youths who registered as refugees with the intention of getting services such as education. But now that refugees are going back to their homes, they have been regarded as people of Somalia, which is not the case,” he said.

Korane dismissed calls for a referendum to amend the Constitution and reduce the number of counties.