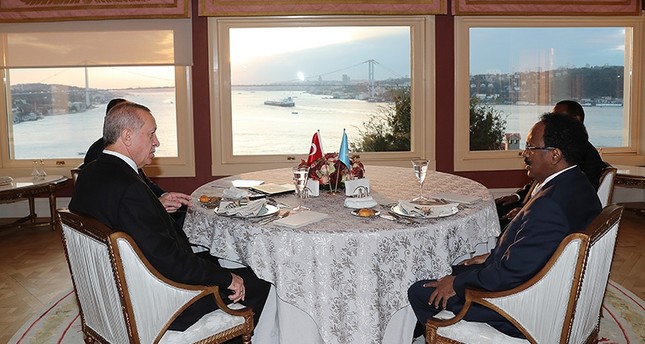 President Recep Tayyip Erdoğan met with his Somali counterpart Mohamed Abdullahi Mohamed in Istanbul for talks on Friday, according to a statement from the Turkish presidency.

The closed-door meeting between Erdoğan and Mohamed at Vahdettin Pavilion in the Üsküdar district lasted for one hour and fifteen minutes, the statement said.

No further details of the meeting were provided.

Erdoğan visited Somalia in 2016 and previously in 2011, when he was prime minister.

Since 2011, Turkey has provided over $500 million in aid to Somalia and helped the Somali people in such areas as education, health, roads, ports, airports, fisheries and energy.

It has the capacity to train more than 1,500 troops at a time, according to the Somali government.