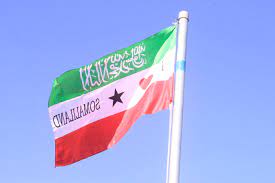 Last three decades the Republic of Somaliland country is in a different situations , manners , and stages with more struggles and obstacles that cause by what’s happened in Somalia 1980’s , its very sorrow and heart breaking when you remember what happened and how the whole country (Somali republic ) will looks like especially northern regions now called (The Republic of Somaliland).

You can’t believe same people with a same religion, culture and values , and their own government made what is happened ! . but when you saw this world we live in this , you know everything is happen according how the world is being worsening day by day , this is horrible and lack of  humanity, genocides , atrocities , rape , killing innocent people with their own government equipment and troops , the weapons which the government is used for their own people like Hargeisa , Burao , Berbera , Gabiley , Erigavo and other region were sold the tax of the government gets and collected the people they bombarding.

It’s very hard when the whole government was collapsed and every Somali person where being back where he , his father , or grandfather came from , we can say it was happened young Somali dooms day and the country was collapsed in every side , we can say its  upside down manner with a critical conditions that life isn’t possible the country is in 1980s up to 1990s.

When restarting the system of government with a country destructed bay in justice ,and the  system of government is used to pressure special clans and targeted people , the Somali people is far away from each other and back to their system of clannish structure , ethnicity , that was made the ex-system of bad government and is used the divide and rule theory , it’s hard to do something until you want to make negotiations how to get peace , this is always one of the hardest things the peace building people are faced.

The people who were made the first peace treaties , and solve the ethnicity enemy between every two clans and made peace agreements like Burao 1991 , Borama 1993 and Hargeisa 1997 , was make one of the biggest pillar this country depend on , its one of the historic rebuilding destructed nation when you see the world and the Horn of Africa situation .

What the people of Somaliland was made ,the international community and the whole world will not make or succeed last thirty years want to rebuild the other side of Somali republic or southern regions of Somalia , ex Somalia Italian , and still every body knows the situation of Somalia last three or four decades , and how it was , till now Somalia nominally exist and have governmental legitimacy but it wasn’t exist reality.

Somaliland Republic on the other side when we are viewing last three decade its enough time of development , success and progress, but still its climbing and if a nation has a good leadership they make a developments for example ;  Malaysia is one of the developed countries in this world they reached that development within only twenty two years  we can say they get the visionary , charismatic leader that was made a good system of governance .

So if we back to our aim and the topic objective is ‘where Somaliland wants to reach the fourth decade!    Its compulsory and you want to know where we are now , the current situations , political and leadership system , peoples life , expectations , peoples level of thoughts and visions , stabilization of the system , how to know  where Somaliland want to reach the fourth decade ?

Somaliland proclaimed its independence in 18 may 1991, thirty years ago and make a system of government without external help , and  any other extra contribution of fund and ideas , but the consensus of its own people and what the people agreed each other is  the nation building , but the world will not still recognized Republic of Somaliland , that deserve international recognition when you see legality of the Somaliland recognition case and the goodness of the people of Somaliland done .

I want to make commemorate and point the countries stages are different levels and situations according last three decades and I want to figure two stages the country passed on my political analyzing vision;

First, the first ten years is the era of rebuilding peace , stability , national charter , government structure and organs , making the rule of law widening the system of government all countries regions , districts , sub districts  and rural areas , that time the government reopen all governmental institutions , established armies and make a constitution.

Second, the twenty years a country have a constitution that is defined how the nation will work and to administer the incoming and future times, the laid on system of democratization and multi parties elections , want to reach a development system of government and decentralize the governmental institutions , Somaliland want to a country worked with a constitution and other rules of law that Somaliland parliament passed , decrease the corruption and make a good government the people are elected their political parties program.

When we make comparison the first ten years is more fruitful than the last twenty years , because the country was started from foundation up to the government with a constitution , rule of law , peace political power transfer  and laid on one of the pillars this country depended on is, the peace and political stability.

The last twenty years the country is not good and wouldn’t  make progress as we and the world are expecting , the democratization system isn’t working well , and the electoral laws and the constitution of the country is used for and benefited the rare peoples interest ,the  people that are in politics for last thirty years , they are the group that worked the last Somali dictatorship of Somalia , and the countries leaders will  not give a chance and a main role the new generation have a new vision , new political agenda of modern system of governance.

This problems are made gap of delay of Somaliland systematic of good government , democratization and constitutionalism  , the governments that administered the country within last twenty years are not all successful but some of them is better than others when you see the stage of  Somaliland is in this world , today’s delay and lack of recognition ,democratic system and electoral systems that is not working well , and system of governments made more extensions of powers (mudo-kordhin) exceeding their constitutional mandate .

Another problem that Somaliland will not get benefit , and bring it down is the talks between Somaliland and Somalia that was opened in the year of 2012 , this was one of the most vault actions Somaliland government and their people entered during the last thirty years , because when you want to make a new political strategy of countries foreign policy  , have in mind you must analyze the consequences and constraints that will came back this new strategy , you must know the government or administration you  want talk  comparing your administration its suitable or equivalent ?

It goes without saying that Somaliland administration is a make intention vault  , and looking for their own interests and projects , but they lost the only asset and wealth the people of Somaliland have ( system of government ) , that is backed on long wars and struggles  , bloodshed of Somaliland war veterans , and the retaliation of Somaliland peoples lost lives , assets , wealth that the people will served hundred years that was destructed  and looted by Somalia regime in 1980s.

Some of the people said Somaliland is good and democratic country according what’s happening the Horn of Africa last half century , but the goal of Somaliland is how to reach the developed world and the ambition of this country plus the time of thirty years Somaliland is slowing , because the delays and lack of continuity for democratization system and the rule of law that isn’t working well , and the country will not get a young leaders have a new vision , new political programs and new strategy of developing countries future .

Somaliland is entering fourth decade , the country want to make change leading the new generations, with a fresh vision and modernized system of leadership , good governance , future forecasting and political administration ideology , and new systematic political organizations that work the incoming years and the hundred years is behind , Somaliland wants to reach its main goal and be a country have a international recognition, democratic and developed , peaceful and one of the  respectful countries for human rights and human dignity, getting this is due to our own responsibility whether you know or you wouldn’t know.

Because every country has built its own people and make sacrifice for their blood , knowledge , thoughts and visions , leadership , knowledge and whatever they can ,   how the people behind them will get good future , good country , and inherit the best legacy for fathers , and the conclusion is ;

“The future depends on how to choose , elect and make good selection the incoming elections and the participant candidates , and the incoming political parties and the political organizations”