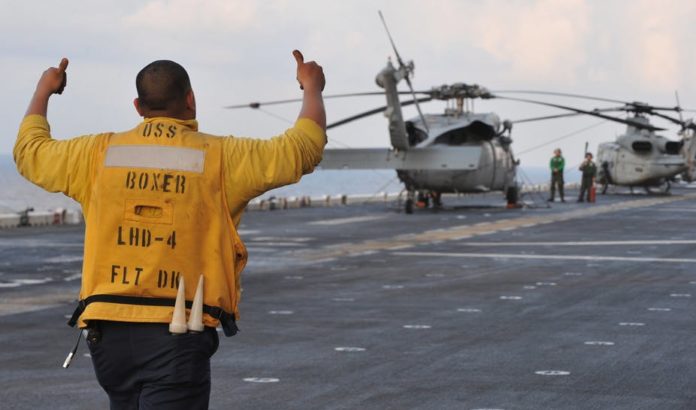 The US is an active participant in the war against Al-Shabaab in Somalia, efforts that have increased in the last few years under the Trump Administration.

The strategy involves using airstrikes to assist Somali ground forces in recapturing territory controlled by Al-Shabaab. In addition, there have been attempts to take out Al-Shabaab leadership, destroy training facilities, and eliminate rank-and-file members.

The US argues that military action is necessary for two main reasons: to counter the influence of Al-Shabaab locally; and to prevent the group from reaching out to members of the Somali diaspora community to inspire tragic terror attacks. Examples include the Westgate Mall attack in Kenya that killed 67 people, and the attack on a university in Garissa that killed 147. Earlier this year there was an attack on a hotel in Nairobi that killed 14 people.

From the perspective of the US, this terror threat is compounded by the inability of the US-backed Somali Federal Government to consolidate power in the shadow of Al-Shabaab’s influence. This has created a roadblock to much-needed regional stability.

The resilience of Al-Shabaab raises questions about the effectiveness of the current strategy. In addition, civilians being killed as a consequence of US strikes should not be taken lightly. Understanding when and why these targeted civilian killings occur as a consequence of US action is vital for US policymakers as well as those on the ground seeking to address the prolonged humanitarian crisis.

We examined the hidden costs of US strikes in Somalia in a recently published paper. Our research shows that US strikes do have hidden costs in Somalia, with civilians becoming victims in the aftermath of strikes targeting military assets. This implies that efforts by the US to undermine Al-Shabaab’s war-making capabilities put innocent life at risk. And do little to combat the group’s influence in the region.

In a bid to understand the impact of attacks, we hand coded data collected by the Armed Location and Event Data Project. The project uses news sources to capture information on events associated with the onset, evolution, and escalation of political violence in much of the world. We examined the content of the media-generated events to identify incidents of Al-Shabaab murdering innocent civilians.

For targeted civilian killings, we only kept those instances in which Al-Shabaab purposefully executed or assassinated civilians. Examples included civilians executed by firing squad after being accused of being spies. In another case a group of civilians were called before a court only to be put to death in public.

We also did the same for data related to US strikes. We coded them based on the intended target, such as leadership, rank-and-file members, or military assets. We consulted the Bureau of Investigative Journalism to ensure the strikes we captured were valid and complete.

Because the data were geo-referenced, we investigated whether the locations where US strikes occurred were associated with subsequent targeted civilian killings.

We found that US strikes made it 5.5 times more likely that civilians were murdered by Al-Shabaab. But when looking at the three different types of targets, we found important differences.

Strikes that targeted military assets made it five times more likely that civilians were murdered, whereas the killing of rank-and-file members reduced the likelihood of targeted civilian killings by 99%. We didn’t find any statistically significant relationship between attempts to assassinate leadership by the US and patterns of targeted civilian killings at the hands of Al-Shabaab.

Importantly, killing rank-and-file members reduced the probability of targeted civilian killings. This shows that, while significant blowback does result from some strikes, others may actually reduce civilian victimisation by Al-Shabaab.

The effectiveness of killing Al-Shabaab leaders remains open to debate. Previous research on the effectiveness of this strategy came to different conclusions. It certainly appears that the outcomes are usually based on the characteristics of the group being targeted and nature of the conflict.

And, while some evidence exists that killing leaders reduces violence, there is also evidence that such strikes can lead to the onset of revenge killings. This can put targets like civilians in harm’s way.

Implications for US strategy

Our study speaks only to US strategy in Somalia.

The influence of US strikes on armed non-state groups varies depending on the characteristics of that group and the conflict itself. Though a great deal of progress has been made in developing expectations that can be generalised, there’s still a great deal of work to be done. This is particularly true when it comes to examining the long-term implications of airstrikes.

Our findings challenge the simplistic argument that airstrikes, such as those used in Somalia, are “good” and “just” because they have the potential to prevent widespread war that would put innocent lives at risk.

Our findings point out that the issue for US policymakers is that strikes that destroy the war-making capabilities of Al-Shabaab lead to the brutal murder of civilians in retaliation. This unjust killing of innocent people, which would not occur in the absence of US strikes, should caution US policymakers. This is particularly true given given the apparent failure of the current strategy.

And, while the US may prevent murders by targeting rank-and-file members instead of military assets, these members can be replaced via new recruits, allowing Al-Shabaab to continue its reign of terror.

If civilians continue to suffer as part of this status-quo, both the utility and morality of airstrikes in the region need to be the subject of greater debate in the policy community. 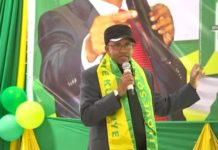 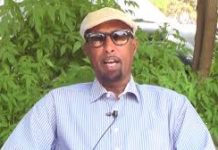 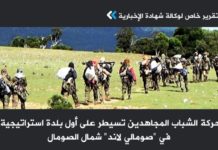