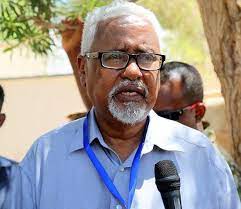 Wadani party leadership confirmed that the government arrested a house of representative candidate from their party for undisclosed reasons.

The party leaders said that the government also prevented them from meeting the candidate whilst at police detention.

Abdikadir Jirde, interim Wadani chair, criticized the government for the apprehension of an opposition candidate as the country is gearing up to hold polls.

He also announced that SL police are searching for a female candidate from their party in Buroa.

He termed the detention and crack down of their candidates as unconstitutional.

The government has not so far commented nor responded to the accusations that Wadani leadership has leveled against the government.

The party argues that the NEC has approved the candidates whilst police are hunting them.