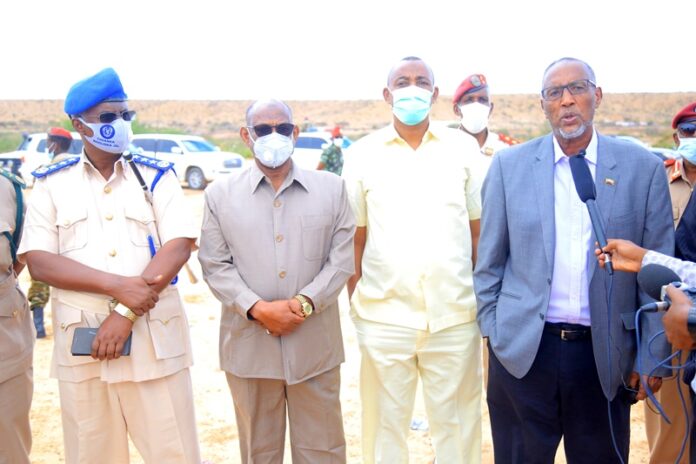 President Musa Bihi has attended a state funeral of late Mohmed Ali Shire who passed away in Hargeisa yesterday, and has been laid to rest today.

He described the loss as a crucial pillar to the reconstruction of Somaliland from its inception.

The funeral saw the attendance of hundreds of mourners who eulogized by lawmakers and top government officials.

Many touched upon the crucial role that late Mohmed Ali Shire played in the development of the country.