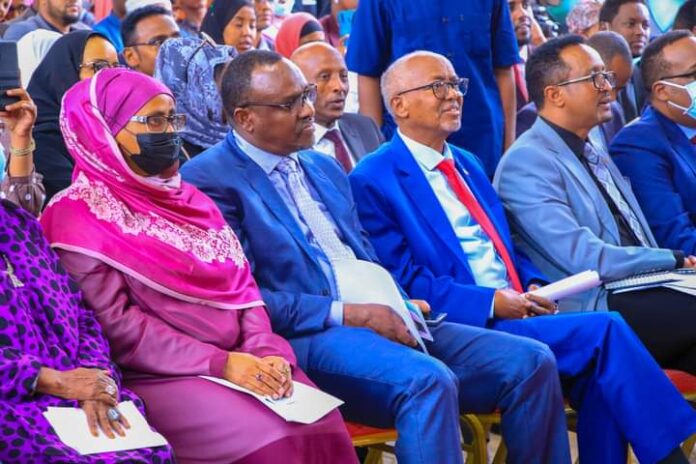 SL Deputy President H.E Abdirahman Sayli’i, has delivered a speech at the launching event of the 14th Hargeisa Int’l Book Fair in Hargeisa on Saturday. In his remarks during the opening ceremony of the Int’l Book Fair, Mr. Sayli’i has announced that the EU envoy to Somalia Hon. Nicolas Berlanga is due to leave office although he did not specify the exact date that Nicloas Berlanga’s tenure as EU envoy to Somalia is coming to and end. The VP disclosed that the EU ambassador to Somalia told him in person that he plans to leave office and will be replaced by a senior female diplomat who is expected to set foot in Somalia soon. The VP has not identified the name of the would be EU ambassador to Somalia. Nicolas Berlanga, the outgoing EU envoy to Somalia has not so far publicly commented the matter. Sayli’i said: ” I want to extend my gratitude to all foreign diplomats at the event including the EU envoy to Somalia and say farewell to him as he leave office. He has been a superb friend of Somaliland for the past two and half years. His predecessor was a good female diplomat and he informed me that his successor will be a superb female diplomat that will expect us to follow their suits.” Nicolas Berlanga was a great diplomat and Somaliland ally and wished him for a better future. Berlanga is credited for having played a crucial role in boosting the bilateral ties between the EU and Somalia since he assumed office