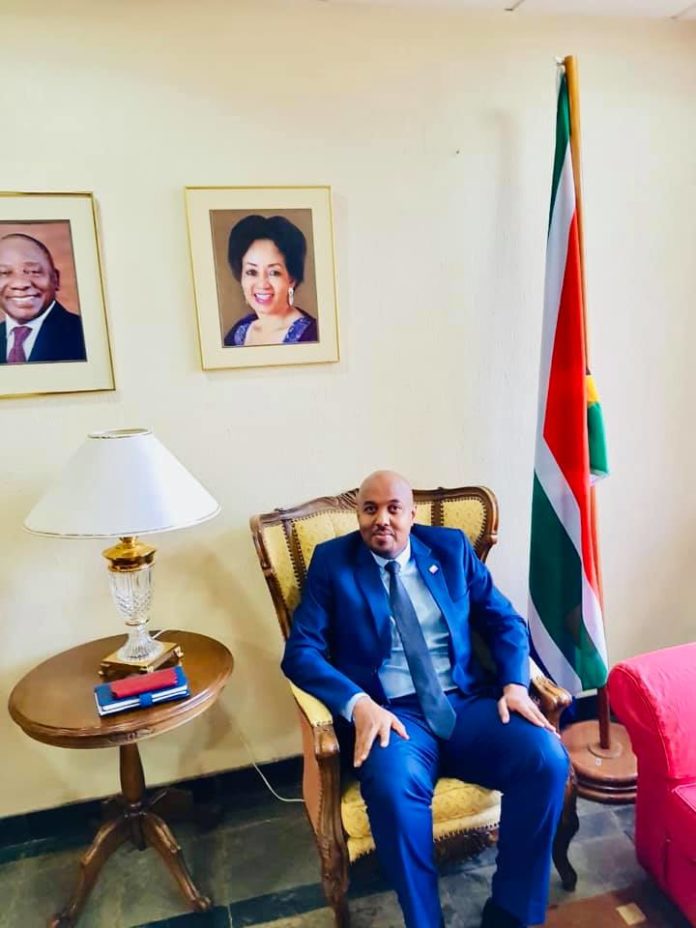 Villa Somalia Government current frosted diplomatic relationship with the International community is causing it to continue making clueless decisions and complaints against Somaliland engagements. The ongoing complaint and bullying of Guinea Conakry government where Somaliland has no diplomatic relations and Embassy is a preemptive action to scare other countries such as Kenya from engaging Somaliland. The International community should ignore the clueless complaints and continue to engage Somaliland which is a fully fledged democracy with its President and legislature elected by popular vote. The current and previous presidents of Somaliland have engaged and continue to engage with other foreign countries at the highest level. Somaliland Presidents have met the President of Kuwait, Prime Minister of Ethiopia, President of Djibouti, President of Turkey, Prime Minister of U.K, President of Ireland, President of South Sudan and many more. The Somaliland Presidents have also hosted high level delegations from various Countries such as the UK Secretary of defense, a Nigeria former President, Head of EU, Djibouti Minister of Foreign Affairs, Ethiopia Minister of Interior, Somali President of the Ogadenia Region, Several Ambassadors as well as various political leaders from the world.