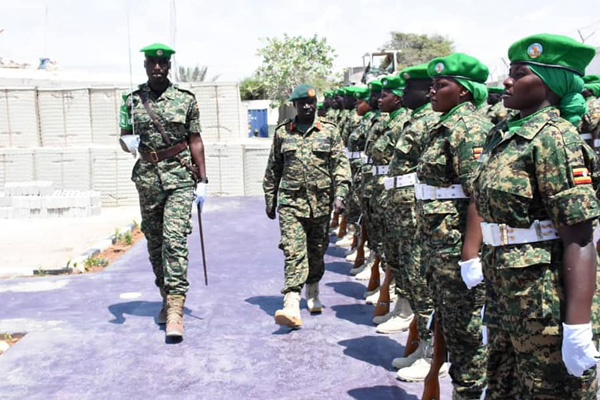 The UPDF Commander of Land Forces, Lt Gen Peter Elwelu, is in Somalia to visit Ugandan troops under whose docket they fall.

According to the statement issued by the UPDF, the military General told the troops that life is progressively normalising in Somalia because of the “sacrifices” made by the African Union troops who have been fighting the Somali insurgents since 2007.

“All this has been as a result of our sacrifices as a country [Uganda] and as individuals, above all, the leadership of our President and his wise counsel,” he said.

Gen Elwelu said that the African Union Mission in Somalia (AMISOM) is very important to Uganda and to Africa at large while noting that, it is the first successful African Union (AU) mission.

“This is a very important mission for us, not only us but also for Africa. This is the first African Union mission, which has been very successful.”