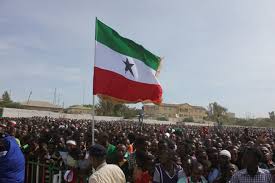 It is very clear that a large number of Somaliland society suffer a chronic mental break down that triggers the majority of conflicts and hostilities in many years passed.

Schizophrenia is a long term mental health condition that have psychological symptoms like hallucination, delusions. A person sometimes may not be able to distinguish their own thoughts and ideas from reality.

Both male and female are affected equally, the mental fitness of population groups never been diagnosed and treated to make the society healthy and very passive.

The politicians and sultans suffer Schizophrenia and totally ruin the life of the society with constant aggression, hatred and fighting against the fundamental livelihood and civilization of the Nation.

Depression and anxiety easily avail in the minds of those chew Kat continuously and very much. Because of less sleep and malnutrition from poor eating.

Why people are so angry and violent against each other is suffering from Schizophrenia and other mental disorder, which is very common to Somali people, who destroyed their country and have zero Nationalism and respect to each other.

Many high profile leaders, politicians and sultans are not totally fine, as they create unnecessary confrontation and enmity against each other or with tribalism.

Somaliland needs very qualified and professional health-workers to eliminate the disease making very wide awareness and addresses in order to identify those have the ailment.

The unrest and problematic issues exist from mental health problem of the society. However, if the society gets sufficient treatments needed, the psychological behaviour of the Nation completely change for good and will be fully healthy.

Appropriate identification of those suffer the illness will reduce the danger of conflicts, hostilities and division create by sick politicians.

In regional assessments easily figures out the number of patients believed to have affected by the disease and proper cure will follow straight away.

Surely, a great number of society learn the symptoms and receive the right treatment and the Nation truly change into peace-loving society and stable communities in elsewhere.

Certain number of Somaliland and Somalia people or politicians suffer schizophrenia very extreme stages. In the light of their comments and conducts always.

Schizophrenia contaminates the mental, environment and public livelihood and International Communities should assist Somaliland to get rid of the illness and transform the life of the Nation.

Suffering from Schizophrenia disease, you are not normal or healthy person, so you need to get immediate hospitalization and medical attention to save the society from bloodbath and destruction.

Look at the characteristics of Sultans, politicians and society leaders to cancel for their Commends and decisions, while they are not mentally fit at all.

Schizophrenia have the biggest influences to the society indeed and never be diagnosed quite freely and finely avoiding any dangerous outcome.

check yourself and see your GP, If you are so suspicious to be sick and have Schizophrenia now.

A great deal of diaspora particularly with abuse of alcohol accustom to have mental health problems and go social media live to abuse individuals or government involving in nonsense and negative things.

Look at the recent politicians Nationally insulted the whole Nation, the principle and the society all together, in lieu of sending assorted massages.

Consistent threat target on the government by means of show off and direct aggression.