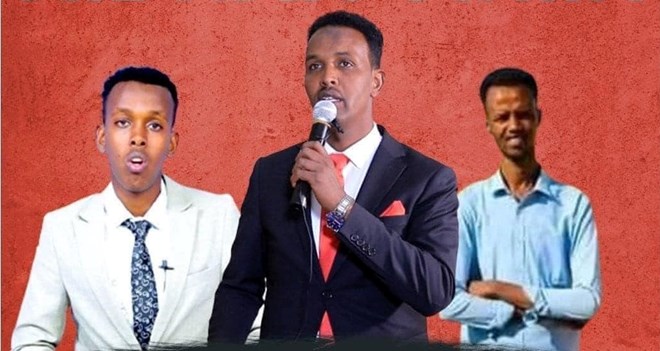 Mohammed Abdi Sheik Ilig and Abdijabbar Mohammed Hussein were sentenced on April 23rd, 2022, at the Hargeisa Regional Court based on articles 215 and 328 which covers “subversive or Anti-National Propaganda and Publication or Circulation of False, Exaggerated, or Tendentious News Capable of Disturbing Public Order” of the Somali Penal code, applied here. However, the Human Rights Center is deeply concerned this sentencing is a grave disorder of the justice system in Somaliland.

When looking at the charge sheet and the actions taken by the journalist, neither the actions nor the charges seem to match to the final judgement. We are requesting that the judge in this trial apply common sense, ethics, and morality in giving the final judgment. Mohammed Abdi Sheik Ilig and Abdijabbar Mohammed Hussein have been sentenced to one year and four months in prison, with conditions that they could not buy out their release.

According to the charge sheet, the actions taken by the journalists do not reflect the crime they are allegedly accused of. They could not be in possession of spreading false news that circulated quickly as they were arrested on the spot, therefore this judgement far exceeds the scope of their actions while at the prison where the reporting took place. We are asking for the law to be applied with justice and common sense in mind here.

This judgement damages the work Somaliland has done to create peaceful institutions where democracy prevails, creating a weak functioning government that punishes dissenting voices or news that shines a light on the power of abuse by the president’s office, including the police force and investigation department. Somaliland government must allow free press to work without interference, and journalists to report on the news without fear of intimidation, arrest, and self-censorship.

All of which has been occurring in Somaliland for quite a while now. Somaliland government and those involved in taking these decisions must respect and adhere to the commands enshrined in the constitution and follow international human rights standards, as agreed upon by Somaliland treaties.

The condition put on the sentencing, according to most international human rights standards, are considered cruel and unusual punishment. Therefore, we are asking the judge in this case, and the President Muse Ahmed Bihi to respect free media and journalism in Somaliland, release them without condition immediately.

As stated by article 32(3), this interference by the court and the president subjugates the journalist and free media in Somaliland, thereby making free media under the rule and whim of our elected officials. All counterproductive to the work that Somaliland has undergone to make sure democracy exists and flourishes in the country.