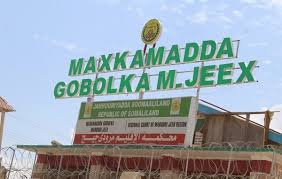 Hargeisa–The blogger by the name of Abdimalik Muse Oldon has appeared before Marodi Jeh regional court in Hargeisa where the court was supposed to issue a pre-trail detention so that his case will be investigated. The regional court in Hargeisa has rejected to preside over his trail arguing that he will be trained in his hometown. The court chairman has argued that he has not also issued an arrest warrant for him. The court has repudiated with the strongest possible terms that it has ordered for the apprehension of the blogger. The lawyer representing the embattled blogger, Mubarak Ahmed Ismail has stated that the police brought the blogger before the court so that it will issue a remand. The court chairman has refused to grant remand letter to police on two grounds.