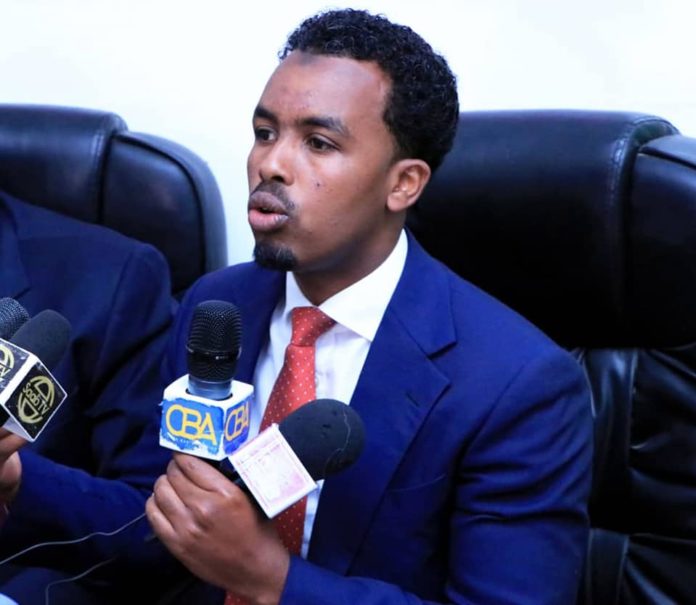 The new chairman of Somaliland Good Governance and Anti-Corruption Commission (GGACC) Mr. Dayib Adan Haji Ali takes office after the former chairman Eng. Ahmed Jama Mohamoud was removed from his responsibility and remarkably will be a member of the commission starting from 30th of January, 2020. According to the Establishing Law of Good Governance Commission  (NO.58/2012),  the Chairperson  and Deputy chairperson shall be elected by the members of the commission, and will be approved by a simple majority of the members of the commission and this is reason why the former chairman was relieved from office.

A well-organized handover ceremony held at the GGACC headquarter in Hargeisa on 30th  January, 2020 and  was attended by the deputy chairman, Mr. Liban Ismail Abdilahi, the recently appointed new Director General, Mr. Mohamoud Ismail Elmi, commission members,  GGACC staff, government official and other. The Deputy Chairman and the Director General of the commission, who firstly spoke at the handover ceremony, stated that the commission has elected the new chairman internally as part of strengthening its work in the country.

In his speech, the new chairman identified that he is committed to discharge the responsibilities of the commission as outlined by the law in order to promote the role of the accountability in the public sector. He is the third chairperson since the GGACC was established in 2010.  “Somaliland will be an inhospitable place for corrupt individuals. I bring a wealth of knowledge and experience from both the law enforcement and corporate background. I need the support of all stakeholders, particularly the Office of the Good Governance and Anti-Corruption Commission, the Media sector and Citizens in general” he said. The former chairman also briefed the activities succeeded by the commission during his leadership and announced that he will be closely working with new chairman in order to promote the accountability in the public institutions.

According to the Somaliland National Corruption Perception Survey in 2013, about 76.6% of the people surveyed believed that corruption is common in public institutions and became customary and accepted as an informal part of everyday life. Somaliland president Muse Bihi Abdi is empowering  GGACC to start a new  campaign  against corruption in the country in order to get back the confidence of the people as the combat  of corruption is a pillar of Kulmiye manifesto in 2017-2022.