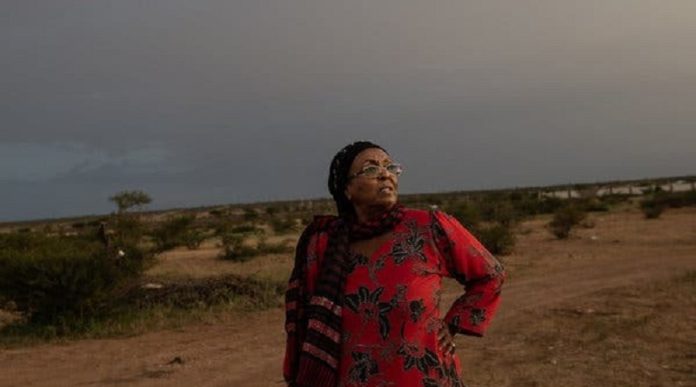 Tis the season for giving, when those of us in the rich world hand each other overpriced scarves that no one much wants.

So every fall I offer an alternative holiday gift guide with suggestions for “gifts with meaning” that save or change lives. This year’s recommendations come with something extra: A reader has pledged $1 million so that for each of the next 10 years, a charity I find most worthy will receive $100,000. In addition, $50,000 will be split among three runners-up, thanks to a few other large donations. And judging from the past, readers will send in many more donations to these groups. We’ve made that easier through a new website.

This year’s top prize goes to support the lifesaving hospital of Edna Adan, a Somali midwife who fights for women’s health, trains doctors and empowers women in her native Somaliland. I’ve seen her work on the ground in two visits to Somaliland, and I’m awed by what she does.
Edna scandalized Somaliland by learning to read at a time when girls were barred from even elementary school there. She later studied in Britain, became a nurse midwife, enjoyed a highflying career with the World Health Organization — and then used her savings to build a maternity hospital that opened in Somaliland in 2002.

Then she started a university and medical school that is training a new generation of Somali doctors and medical workers, 70 percent of them female. Edna sent me a photo this year of an all-female surgical team: a woman surgeon, a woman nurse and a woman anesthetist. It’s breathtaking to see in a country that once barred girls from getting any education.

“It makes you so angry,” she said, recounting the case of a woman who arrived at the hospital unconscious with a retained placenta. Because the husband was traveling and couldn’t authorize her to leave the house, the family waited five days to seek medical attention. “So she died,” Edna said. “She became a statistic.”

Edna is working to empower women in every way she can. After she cared for a disabled woman who had been raped by a taxi driver, Edna pushed for a law against rape. Previously, rape victims were typically forced to marry the rapist, or compensation money was paid between the families, with the rapist getting off scot-free. With Edna’s help, Somaliland this year adopted a law that punishes rape with up to 31 years in prison.

Almost all Somali girls are subjected to an extreme form of genital mutilation: All the genitals are cut away, and the raw flesh is sewn shut with wild thorns, leaving a tiny opening for urine and menstruation. After marriage, the flesh is cut open.

Edna herself was held down and cut when she was 8 years old, and she has been campaigning against the practice since 1976; initially, this got her arrested. But she has made progress, and this year the Somaliland Ministry of Religious Affairs issued a fatwa condemning this extreme form of genital cutting.

So, readers, consider a gift to the Edna Adan University Hospital — and help save a woman’s life.

With the $100,000 prize money that comes with this column, along with what more readers contribute, the hospital plans to buy a machine to produce oxygen — an essential that every hospital needs for babies and adults struggling to breathe. Edna also hopes to start a lab to examine biopsies and Pap smears for cervical cancer, and to train staff members to operate it. There is now no place in the country to read Paps, and biopsies are given to someone flying to Ethiopia to hand-carry to a hospital there.

If your holiday giving preferences run elsewhere, the three runners-up will also make excellent use of your contributions. So consider these causes:

FIGHT CERVICAL CANCER. This is a disease that kills more women worldwide than childbirth yet gets much less attention. Cervical cancer is also a painful and humiliating way to die: It is sometimes diagnosed partly by the stench from rotting flesh. What’s more, cervical cancer is relatively cheap and easy to prevent with HPV vaccination (less than $5 a shot in developing countries) or a screen-and-treat protocol for precancerous lesions.

I suggest the Maya Health Alliance in Guatemala, also known as Wuqu’ Kawoq, which works with indigenous Maya villagers. As individuals, we can’t change America’s harsh policy toward Guatemalan migrants, but we can help save the lives of Guatemalan women from cervical cancer. An American doctor, Kirsten Austad, donates her time at the Maya Health Alliance, making the organization’s work particularly cost-effective. Nobody need die in the 21st century of cervical cancer.

FIGHT WORMS AND BLINDNESS. If cervical cancer is a horrific and easily preventable disease for women, a counterpart that strikes men is a parasite-caused disease called elephantiasis. It swells up the scrotum to such huge proportions that men must use wheelbarrows to carry their private parts. It also causes monstrous swelling of the feet of men and women alike so that they look like elephant legs, hence its name.

This disease survives only because the people who suffer these horrors are impoverished. The End Fund is working mightily to eradicate elephantiasis and other “neglected tropical diseases,” including river blindness and trachoma, both excruciatingly painful causes of blindness. They, too, have cheap and simple solutions.

The End Fund also targets intestinal worms, which prey on hundreds of millions of children in poor countries. We deworm our pets in America, but poor children can’t get dewormed even though the cost is less than 50 cents per child; it’s one of the highest-return investments available.

HELP CHILDREN LEARN TO READ. The earlier organizations help needy people half a world away, but Reach Out and Read supports disadvantaged preschoolers right here in the United States. It coaches parents on the importance of reading to their children every evening and gives away children’s books, often to homes without a single kid’s book.

Reach Out and Read is astonishingly cost-effective — about $20 per child per year — because it piggybacks on pediatricians who donate their time. The idea is that pediatricians should not only prescribe antibiotics for ear infections, but also prescribe reading to set up the child for a better future.

So the organization distributes children’s books to the doctors, who hand them out to low-income families with instructions about how to read to a child. If the parent is illiterate, he or she is advised to turn the pages and tell a story using the pictures.

Parents want the best for their kids but sometimes weren’t read to themselves, don’t have a children’s book in the home and have no idea of the benefits of reading to a child. Randomized trials show that despite its low cost, Reach Out and Read has a big impact in getting kids ready so that they can shine in school.

Donations to all these organizations are tax-deductible for Americans. And, of course, there are many other organizations large and small that do outstanding work, too.

I focus in this giving guide on small organizations that readers probably haven’t heard of, but you can also give a flock of chicks to a needy family for $20 through Heifer International, support a refugee at Rescue.org or underwrite a girl’s education for $143 at CARE. Check out FocusingPhilanthropy.org, GlobalGiving.org and Givewell.org for other giving ideas backed by robust evidence.

The new web page KristofHolidayImpactPrize.org will try to make it effortless for you to support the four organizations described in this column, while also offering more background on the prizes. Focusing Philanthropy will process reader contributions through the web page, monitor and report on results and reimburse credit card transaction costs, so that 100 cents on the dollar will go to the organization you designate (or you can support the group of them).

Every family gives differently, but in the Kristof household we hold a family meeting each fall and decide which groups to donate to; our kids get a vote as well. We wanted to impress on them when they were small that giving isn’t a sacrifice but a source of meaning and connection.

It used to be thought of as a miracle to cure someone of blindness or heal a disfiguring disease. Now we all have that power. May you enjoy a miraculous holiday season.