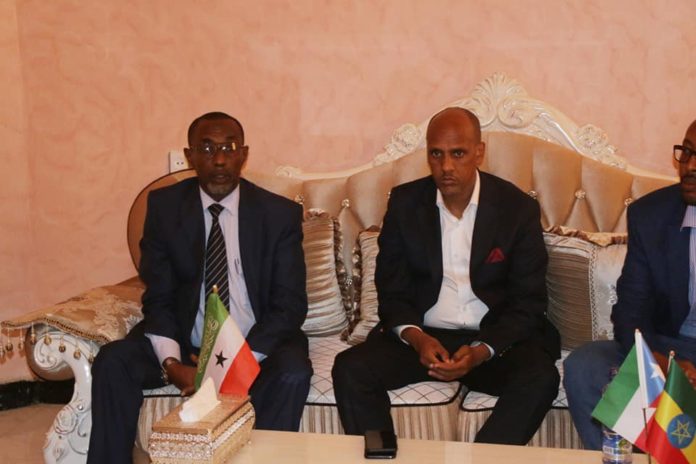 JIGJIGA–The Public Works & Housing Minister held discussions with the president of Ethiopia’s Somali State according to a press statement. Mr. Abdirashid Du’ale Qambi, the minister from Somaliland led a delegation off to Jigjiga, the seat of Ethiopia’s Somali State administration capital in order to attend the celebration of the 8th Ethiopian cities’ day which transpired there on Satuday. The minister who headed the delegation that the Somali State invited to attend the commemorations also met with Somaliland students who stay in the region for studies. Mr. Mustafe Agjar, the Somali State leader discussed with Somaliland ministers ways yo forge closer cooperation in the areas of security and cross border monitoring. The two sides have reached a common understanding of the issues discussed. Mr. Qambi has passed regards from Somaliland president to his Somali State counterpart. The minister, Mr. Qambi has led a delegation consisting of the mayors of Gebiley, Borama and the deputy mayor of Hargeisa.