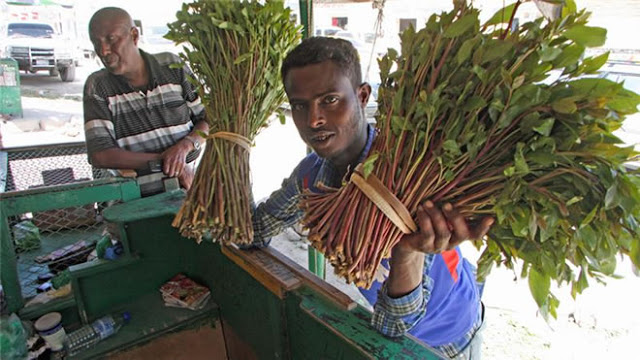 In their Comment, Sandro Vento and colleagues (October, 2018) highlight cirrhosis as an important but neglected health issue in sub-Saharan Africa.

We endorse their call for greater public awareness of this emerging health issue, for governmental commitment to facilitate pertinent preventative efforts in public health, and for better diagnostic and treatment options. However, we were surprised that they did not mention what is, without a doubt, one of the most important emerging causes of chronic liver disease in this region, namely the recreational use of khat (Catha edulis).
The importance of this association has been clearly highlighted in several publications, including a case–control study undertaken in eastern Ethiopia, which found a significant association between chewing khat and the risk for developing chronic liver disease, particularly in men. This risk was strong (adjusted odds ratio 5·67, 95% CI 1·85–17·37) and dose-dependent, suggesting a causal relationship.
Vento and colleagues omitted this and other compelling evidence for the hepatotoxic effects of khat and misquoted a publication, which found that khat might be an independent risk factor for the development of chronic liver disease in Ethiopia, by saying that “traditional herbal medicine could also contribute” to the risk of developing liver disease. Khat is not a herbal medicine but, in sub-Saharan Africa, a widely available, extensively used, and socially acceptable recreational drug.
The necessity and importance of increased awareness, better screening, and improved and extended treatment for viral hepatitis in sub-Saharan Africa is indisputable. However, since khat is a major contributor to the development of chronic liver disease in this region, not recognising this association means that its importance for public health will continue to be ignored. Further, given its legal status, social acceptability, and its widespread use, it will be extremely difficult to radically reduce the burden of liver disease in this part of the world if preventive measures for dealing with khat chewing are not implemented. Tackling this problem will be complex and will require a multidisciplinary approach with considerable input from health and addiction services and from political and religious leaders, both in local communities, as well as at the governmental level. A first but essential step is to recognise the existence of khat-related liver disease and to place it firmly on the agenda at future stakeholder meetings. This way, opportunities will arise for the concerted action needed to deal with khat-related liver disease and to alleviate the burden it imposes on sub-Saharan communities.
We declare no competing interests.