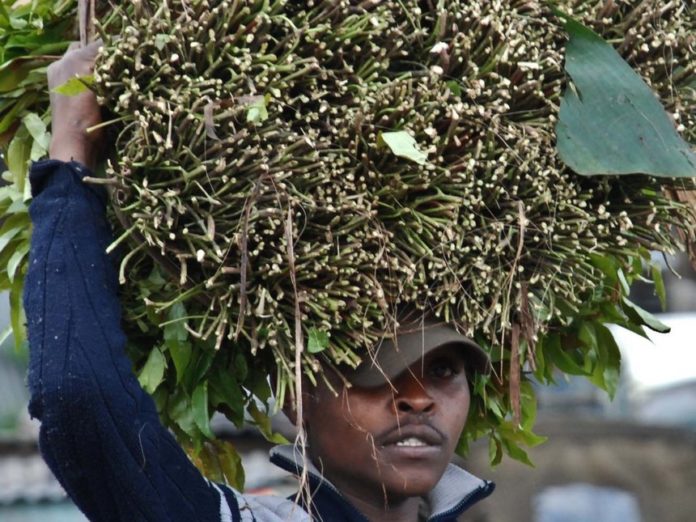 Miraa farmers could lose 90 per cent of the market if the diplomatic spat between Kenya and Somalia is not resolved.

According to Kenya National Bureau of Statistics, Somalia remains Kenya’s key miraa market, taking in about 50 tonnes of the commodity daily.

The miraa sold to Somalia is valued at more than Sh100 million per day.

On Saturday, Kenya recalled its ambassador to Mogadishu and ordered Somalia envoy in Nairobi to leave after an alleged auction of oil and gas blocks in maritime territorial areas claimed by both countries.

Foreign Affairs PS Macharia Kamau said the alleged auction took place in London on February 7. The dispute pending before the International Court of Justice in the Netherlands.

Miraa traders in Kenya are however ready to lose the Somalia market, saying they cannot trade the country’s sovereignty for miraa sales.

In a statement yesterday, Nyambene Miraa Traders Association said Somalia was riding on miraa traders’ welfare to blackmail Kenya. “Miraa is the soft underbelly targeted by Somalia whenever it want to seek attention from Kenya. We should be bracing for the worst,” spokesman Kimathi Munjuri said.

The association said business had become difficult over the last two months after Puntland raised taxes while Mogadishu has opting for cheaper imports from Ethiopia. “As it is, we are exporting minimally to Puntland after President Said Abdullahi Deni piled on us a tax of Sh500 per kilogramme of miraa,” Munjuri said.

In February 2017, miraa traders suspended exports to Somalia after the country introduced punitive tax measures. Mogadishu increased the tax on the product from Sh309 to Sh360.5 per kilo of khat, leading to a four-day boycott by Kenyan miraa exporters.

The decision was rescinded and the tax dropped to Sh247 after intervention by Kenyan government. The union has also asked the government to suspend diplomatic relations with Britain, Norway and Ireland who have blocked miraa from Kenya.

In 2015, UK banned miraa export after classifying the commodity as class C drug. The UK then was absorbing 15 per cent of Kenya’s khat export. Miraa has since seen Mogadishu emerge to be among five main export markets for Kenya in Africa.

Export data at the Central Bank for the four months between July and November shows Kenya exported goods worth Sh6.13 billion to Somalia.

Somalia was fifth after Uganda, Tanzania, Egypt and Rwanda. Besides miraa, Somalia imports most of its food products especially vegetables from Kenya.

But the trade balance remains in favour of Somalia with KNBS data showing Kenya imported goods worth Sh152.7 billion from its neigbour against exports of Sh52.8 billion in 2017.

The products Kenya imports from Somalia include tobacco, pharmaceutical and machinery.

The diplomatic row between the two countries is likely to affect Kenya Airway which resumed direct flights from Nairobi to Mogadishu in December. The daily nonstop flight leaves JKIA at 1pm and arrive in Mogadishu at 2:45pm. It is then to depart Aden Adde International Airport at 3:50pm to arrive back in Nairobi.