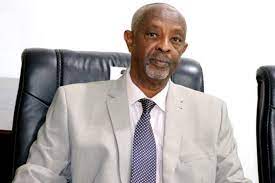 Somaliland armed forces have stepped up security in the country ahead of the combined parliament & local council polls slated on this upcoming Saturday, interior minister said.

Armed forces-military, police, custodial corps, immigration and traffic police are working in tandem who are patrolling the streets and major freedom parks where the rallies are being held.

Mohmed Kahin, interior minister said that despite lack of int’l recognition, Somaliland is known as the oasis of peace in the region.

He urged SL citizens to show a high sense of maturity in terms of democracy, peace and governance.

Security has been upgraded and deployed security forces who now are being supported by the defense forces.

The campaign is on now and it will be wrapped up on Friday.

The interior minister urged political parties to monitor the programs and behavior of candidates and called on them to cooperate with police.