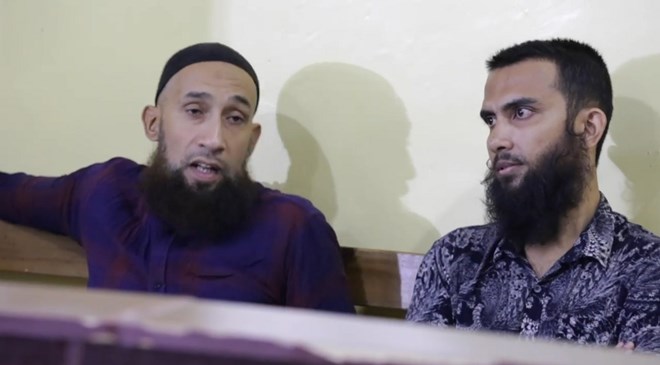 Military court in Somalia on Thursday found two foreigners guilty if working in cahoots with the Islamist militants group of Al Shabab and jailed them for 15 years, though the duo denied supporting the terror.

Darren Anthony Bryness from Britian and Ahmed Mustaqim bin Abdulahmid from Malaysia denied charges against them that they had supported the Al-Qaeda affiliated in Somalia.

Byrness insisted on that he had come in Somalia to visit the family of his Somali wife while Abdulhamid said that he had arrived to visit a friend.

The duo are the first nationals charged with supporting the militant group in Somalia and jailed by the court.

Both foreign jihadists were given 30 days ultimatum to appeal the verdict issued by the military court.