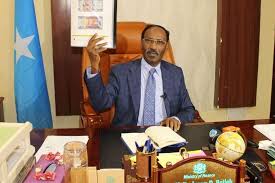 Somalia’s cabinet approved an 18% increase in the government’s budget for next year to $460 million, the finance minister said.

The Horn of Africa nation estimates it would have spent $390 million by the end of 2019, Finance Minister Abdirahman Dualeh Beileh told reporters Monday in the capital, Mogadishu. It initially had a budget of $340 million for this year, but increased spending plans after collecting higher-than-expected revenue.

Beileh said he’d present the estimates to lawmakers later this year.Economic growth this year could come in at 2.9%, according to International Monetary Fund estimates.