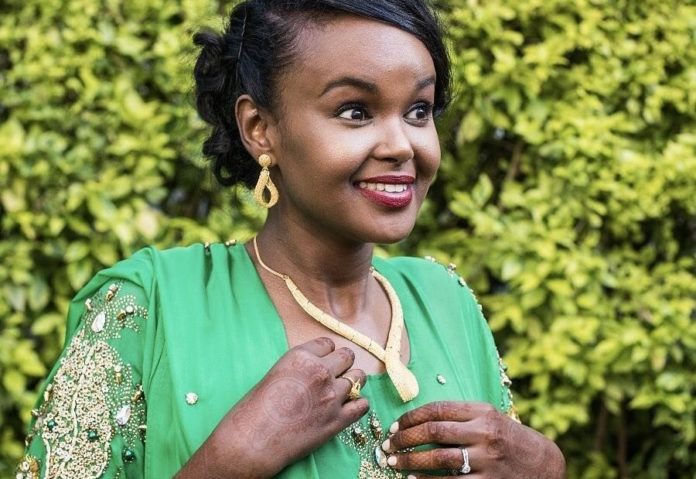 A Somali-Canadian aid worker and activist was shot dead on Wednesday in Mogadishu, a police official said, dealing a new blow to efforts by the Somali diaspora to return home and help rebuild the country after decades of war.

Somali government has condemned the killing of Almaas Eman, ayoung social activist who was also working as Communications Consultant for the European Union in Somalia.

She was shot and killed in Mogadishu’s heavily fortified area of Halane on Wednesday afternoon after one bullet ripped through her head killing her instantly.

It was not immediately clear who killed Ms. Elman, who was described by friends and colleagues as a committed and tireless aid worker.

Spokesman for Somalia’s Ministry of Information, Ismail Mukhtar said there was ongoing “tough investigations to ascertain who the killers were”.

Bu t a Somali cameraman, Said Fadhaye who was with Almaas said they were attacked and that Almaas was assassinated. Her body was taken to AMISOM-run hospital in Halane compound where a bullet was later recovered from her body.

Ms. Elman comes from a prominent family of activists whose work has focused on social justice, women’s rights and rehabilitating children impacted by Somalia’s decades-long war.

Ms. Elman was the daughter of Elman Ali Ahmed, a pioneering peace activist who himself was gunned down in Mogadishu in 1996. Amnesty International said at the time that his murder “sent a chilling message to Somalis desirous of peace and normality — that no one is safe.”

Her mother, Fartuun Adan, is a founder of the Elman Peace Center, which was created in 1990 and works to promote peace and protect human rights in Somalia. Ms. Elman was the elder sister of Ilwad Elman, a social activist who was shortlisted for the 2019 Nobel Peace Prize, and of Iman, a commander in the Somali Armed Forces.

The family fled to Canada after the outbreak of the Somali civil war in the early 1990s but returned beginning in 2010 to help nation-building efforts.

Almaas Elman previously worked at the Somali Embassy in Kenya and recently began consulting for the European Union delegation to Somalia, according to friends and former colleagues. She was married in 2017 to Zakaria Hersi, a Somali-Swedish tech entrepreneur.