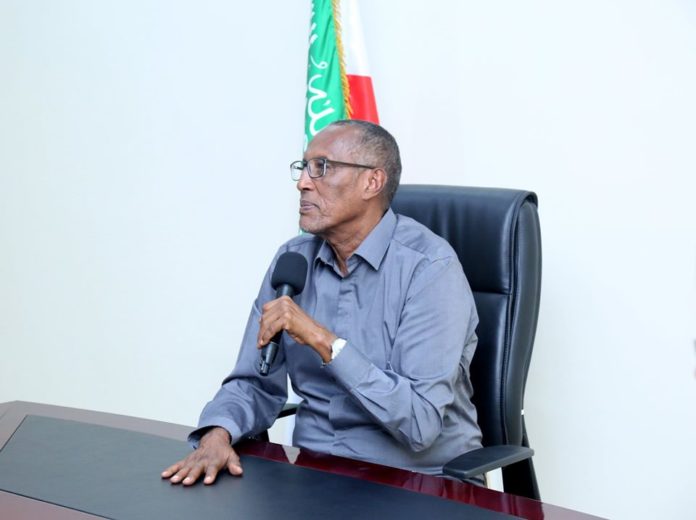 Somaliland President Muse Bihi Abdi is expected to make wide-ranging changes to his government in the coming weeks if no days.

Although no official statement issued by the Presidency, the word being circulated in social media sites are rife with reports of an imminent reshuffle to be announced after the President concluded the selection and vetting process of new appointees.

Other reports allege that the President will include political heavyweights in his cabinet and at the same time expected to sack serving ministers in his current cabinet.

Well-known politicians and academicians among them Prof Ahmed Ismail Samatar, himself a prominent member of the ruling party campaigns criticized President Muse for failing to for a broad-based cabinet that is capable of solving the country’s present political problems.

The President is also expected to restructure some ministries such as the ministry of livestock and fisheries which is expected to be broken down to two ministries as in the previous government when there two separate and distinct ministries.

Many people back then disapproved of the President decided to merge the ministries of livestock and fisheries into one ministry especially considering the fact that each ministry had its own different has its own priorities and responsibilities.

It is also reported that the President will dismiss director generals, and will fill the vacant post of director-general in the defense ministry.

The changes will also affect regional administrators with few dismissals in the bag.

Talk of an impending reshuffle in public circles as being widespread in the past few months but its unclear how will influence President Bihi any way or form, yet no one knows what has prompted the much talked about prophet proposed reshuffle by President Bihi.