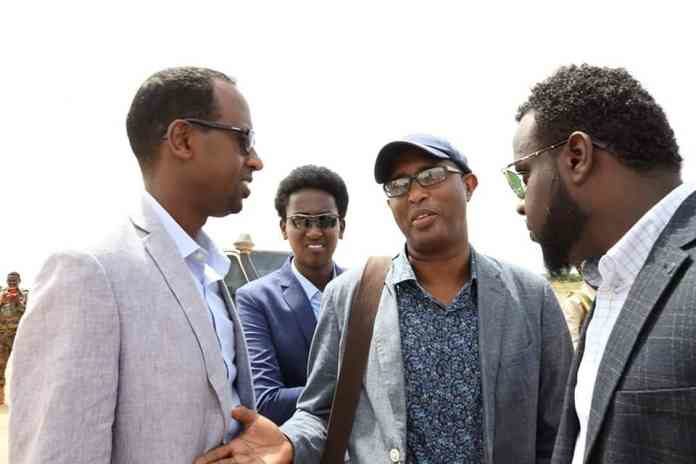 Members of the Galmudug technical electoral committee, established by the federal government of Somalia, today arrived in Dusomareeb.  Their arrival follows the announcement of a parallel committee by the Galmudug head of government yesterday.

The committee members were received by government soldiers at the airport and were later escorted to the temporary residence of Somali Interior Mohamed Sbariye, who has been in Dhusomareeb for the past several days.

Reports indicate that members of the committee will hold meetings with various sections of the community and traditional elders, and will henceforth be involved in the selection of new Galmudug legislators.

Yesterday, Galmudug head of government Sheikh Mohamed Shakir Ali Hassan, who is also the leader of the powerful Sufi group Ahlu Sunnah wal Jama’ah, announced a rival committee, exposing a rift between his faction and the federal government over the electoral process in the region.

Both the Sufi group and Galmudug presidential candidates do not recognize the legitimacy of the technical electoral committee formed by the federal government.

The move is in defiance of the federal government, which previously formed a similar committee that was rejected by the group.

The appointment of the new committee also comes despite the fact that Somali Interior Minister Abdi Mohamed Sabriye is in Dhusomareb holding meetings with Ahlu Sunnah leaders.

The interior ministry was preparing to bring members of the government-appointed technical electoral committee to Dhusomareb in the coming days, so the announcement of a new committee by Shakir bespeaks a new dispute in the Galmudug election process.

The following are members of the technical electoral committee appointed by the government.