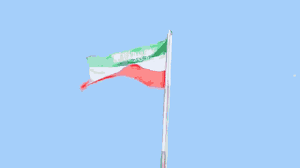 Anglo Liberia Resources Development (ALRD) is a company with ambitious investment and partnership goals in Liberia, according to its website. The company has identified fisheries, real estate, and solar, as sectors for possible development and investment, but careful scrutiny of the UK’s company’s operations in Africa raises a lot of red flags as to its stability as an ongoing concern, as well as its ability to meet its lofty development and investment goals in Liberia.

As this story goes to press, the owners have dissolved ALRD in the UK where it was formed; this follows a very interesting pattern of the group forming a company and then dissolving it sometimes within a year or so. According to a registry of companies in the UK, the owner of the ALRD, Ian Fenwick, has created and dissolved eight companies, all in a very short space of time. For someone who wants to help drive the development of sectors with potential values in the millions of dollars, stability, and patience are mission imperative. Two qualities that the owners apparently have in short supply.

Mr. Fenwick, who was recently interviewed on a Liberian social media platform, spoke about his experience in doing business in Africa; to Mr. Fenwick’s credit, he never did mention any sort of business success but did point out his company’s presence in Ghana, and East Africa. We were able to cull some information on Mr. Fenwick’s African adventures, thanks to the Somaliland Chronicle, a crusading newspaper from that post-war nation. In an article published on July 13, 2018, titled: “Anglo-Somaliland Resources-The British crooks that own Somaliland fishing rights”, the author noted that Fenwick and his partners, including a one-time member of the British Parliament, Anthony Baldry, set up a company called Anglo Somaliland Resources; through their connections with the political power brokers they later won the exclusive fishing rights for Somaliland which included the right to sell fishing licenses globally.

However, what grabbed the attention of the newspaper, amongst many other suspicious activities, was the ridiculous contract signing bonus of five hundred dollars between ASR and the Government of Somaliland. The Fenwick group, according to the newspaper, will receive a 60 % commission on each license sold. Now, let’s put in a bit of context. Somaliland is a breakaway province of war-torn Somalia; although it declared independence in 1991, it has yet to be recognized as an independent state by members of the United Nations and the African Union.; in its current configuration, it is replete with broken institutions, and bribery and corruption are part and parcel of its business and political culture. This makes the country ideal for foreign crooks and confidence men; It goes without saying that global crooks have an affinity for countries that are dysfunctional with weak institutions.

This article is not an indictment of Mr. Fenwick and ALRD. It is, however, a cautionary warning to his Liberian government connections. The head of the National Housing Authority, Cecelia Cuffy-Brown was passionate about her defense of Mr.Fenwick on the Focus On Liberia Internet platform where they both appeared. During the Q &A session on the program, she seemed to be uncomfortable with some of the questions. In a very patriotic way, she saw Mr. Fenwick as a possible development resource. There is a possibility that he could be, but the question is, did she or the National Investment Commission do some due diligence such as a background check, including a financial profile on Fenwick to determine his fitness for this massive responsibility that he is looking forward to undertaking as articulated on his company’s website?

Liberia, in the eyes of the world, is still seen as a post-conflict nation where investors and hustlers of all shades and persuasions venture into aware of the fact that the country’s institutions have challenges, and whether it’s the private sector or government, there are not any risk-mitigating guardrails in place to vet potential suitors. It goes without saying that there are international actors out there who are willing to selfishly exploit those gaps.

Private sector participation in the economy, especially in collaboration with government, or Private Public Partnership (PPP), as it is now known, is a driving force in the growth and development of any nation. Whether it is the Ellen Johnson or George Weah government, they all have one thing in common when they reach out to investors; they are seeking entrepreneurs who have the knack for solving problems. So when a government agency invites a foreign company to help exploit the potential of fisheries, housing, and tourism, there is a reasonable expectation that that firm, at the minimum, has had previous success or experience developing those sectors in other countries. The reason is simple; every government, through these PPPs, wants to expand its tax base and have these companies help create jobs. The more jobs created means the more people paying taxes, and of course, the more people with jobs also contribute to social stability. So prior experience is mission-critical.

All research regarding Mr. Fenwick and his host of now redundant companies could find no plausible examples of successes anywhere in Africa. It is doubtful that Mr. Fenwick provided any proof of concept of his business success in Somaliland to the Liberian government. There is suspicion that if given a contract this company will sell the contract to the highest bidder and walk away. We have seen this movie before, haven’t we? In recent memory, we recall the Nigerian, Prince Eze, of Oranto Petroleum who won a bid from the Liberian government to prospect for oil; he smartly flipped his bid to Chevron for $200 million. As one newspaper reported, The Prince walked away with a king’s ransom. This is the 21st Century, a century that has given us the blessings of the Internet when it comes to doing due diligence. A quick Google search of Mr. Fenwick and his company led us to the article from the Somaliland Chronicle. Hopefully, this free tool can be used by Liberian government functionaries for future vetting purposes.