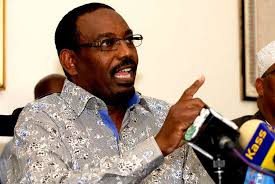 Maalim put the blame on the Office of the President and the Ministry of Foreign Affairs for coming up with ‘hostile’ policies which have made Somalis keep off from investing their billions in the country.

“Given a brilliant policy on the part of MFA & OOP all diaspora Somalis would have opted to invest in Kenya & build the Kenyan economy. But we exhibited open uncalled for belligerence based on envy. Somalia will be another Eldorado soon. We need to build enough Goodwill to partake,” he tweeted on Thursday.

The former Deputy Speaker of the National Assembly said due to bad foreign policy, Kenya’s economy has been negatively affected as potential investors have opted to invest in the neighbouring Ethiopia that is friendly and has a conducive business environment.

“Hotels in Addis are booming with bookings. Over 150,000 Somali families from the West now own properties in Turkey and are raising families there. The whole family gets residence permits in one week. Real estate prices in Kenya today are in a freefall and the economy is in HDU. SAD!!” Maalim added.

His remarks come amid a simmering maritime dispute between Kenya and Somalia which has gone to the International Court of Justice (ICJ).

Kenya’s President Uhuru Kenyatta and his Somalia counterpart President Mohamed Farmaajo on Wednesday had a face-to-face meeting but didn’t strike a deal over the border conflict.