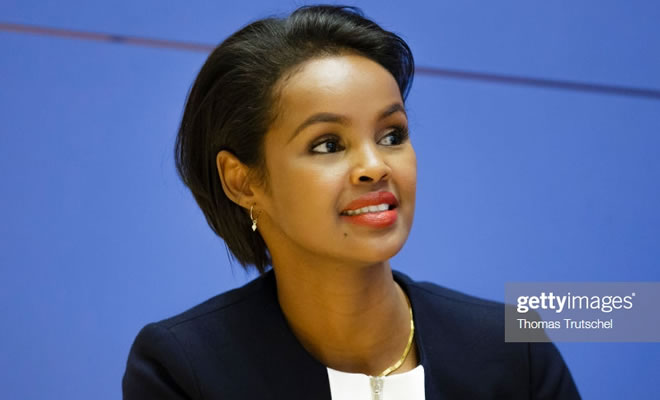 Hajer Sharief and Nathan Law Kwun-chung top the shortlist for potential winners of this year’s Nobel Peace prize, the Peace Research Institute Oslo said in annual predictions. Reporters without Borders and the Control Arms Coalition are also among potential winners, according to PRIO Director Henrik Urdal.

“So honored to be nominated & shortlisted for the Nobel Peace Prize.” Ilwad who is the Director of Programs and Development at Elman peace and Human rights centre in Mogadishu said.

Elman Peace is a non-profit organization, founded in 1990 to promoting peace and empowers the marginalized communities in Somalia.

Named after its founder, Elman Ali Ahmed; an ardent and pioneering peace activist, remembered to this day as the Somali Father of Peace. Elman and his wife, Fartuun Adan ran the organization together until the war worsened in Somalia hence his assassination on March 1996.

The Norwegian Nobel Committee has received 301 nominations from around the world this year.
Trump and Thunberg were both put forward by Norwegian lawmakers from competing sides of the political spectrum.

Nominations are open to lawmakers, academics and researchers from around the world.
The Nobel Committee in Oslo typically receives hundreds of nominations each year, and past candidates have also included Russian President Vladimir Putin, former Cuban leader Fidel Castro and actress Susan Sarandon.