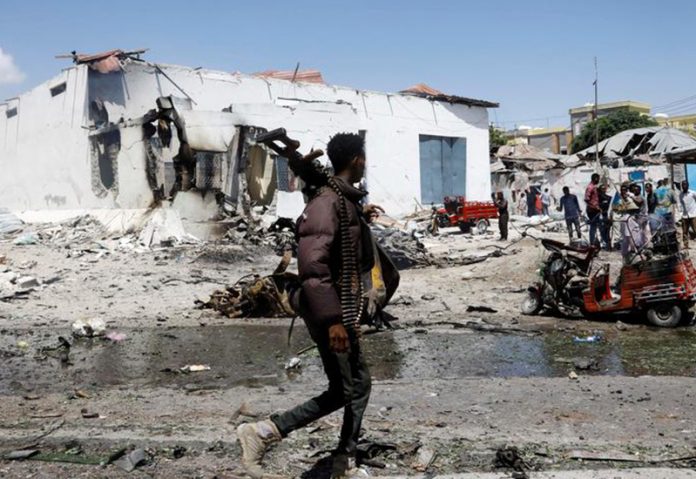 At least four people were killed and fourteen others wounded after a suicide bomber blew himself up in a tea shop near Turkish military base in Somalia’s capital, Mogadishu, police spokesman Abdifatah Adan said on Tuesday.

Residents say they heard the blast at the tea shop popular with soldiers but were blocked by soldiers as they run towards the scene to find out what had happened.

Al-Shabaab claimed responsibility for the attack, saying it had targeted a gathering of Turkish-trained Somali special forces near a military base where Turkey trains federal government troops. The group said it had killed more than 20 soldiers in the suicide bombing.

The Nacnac camp outside which the blast took place is located near Camp TURKSOM, a military base and defense university that also serves as Turkey’s largest overseas military facility.

It comes days after the spokesman of Somalia’s government Mohamed Ibrahim Moalimuu was seriously wounded in a similar suicide bomb attack in Mogadishu. He was airlifted to Turkey for medical treatment on Monday.