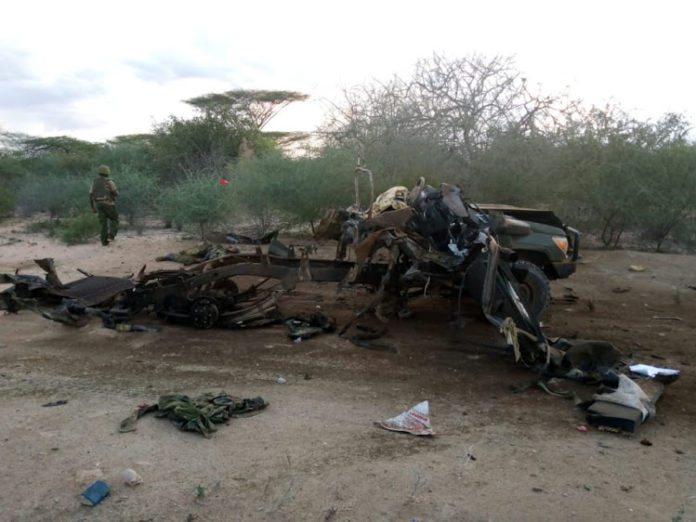 A number of Kenyan police officers were killed on Saturday when their vehicle hit a roadside bomb near the Somali border, police said.

“Unfortunately we lost some officers and the vehicle they were traveling in has been severely damaged,” Kenyan chief of police Hilary Mutyambai said in a statement, without giving an exact number of fatalities.

Another police source, however, who asked not to be named, said there were “about 10 officers” killed and the device was suspected to have been placed by the jihadist group al-Shabaab.

The attack took place in the eastern Kenyan county of Garissa, bordering Somalia, which is regularly the scene of Shabaab attacks.

One June 15, at least eight police officers were killed in similar circumstances in the county of Wajir, to the north of Garissa.

The use of homemade weapons against police and army patrols in the northern and eastern border regions is relatively common.

Al-Qaeda-linked Shabaab has fought for more than a decade to topple the Somali government. The army, which largely relies on African Union Mission in Somalia forces for military support, is regularly targeted.

The Shabaab was routed from Mogadishu in 2011 by the 22,000-strong AMISOM mission, and has had to abandon most of its strongholds, but it still controls vast rural areas and remains the key threat to peace in Somalia and carries out attacks in neighboring Kenya.