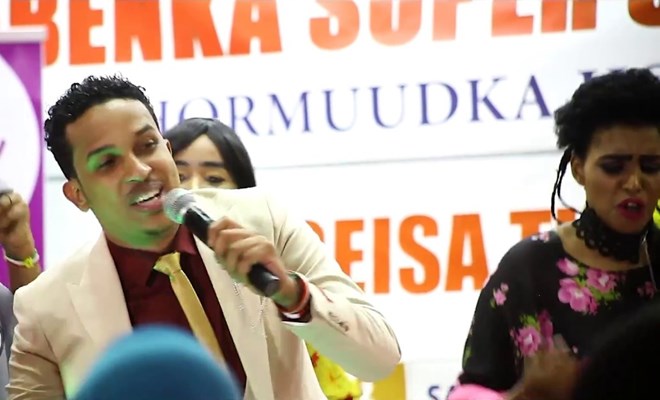 Yemeni musician, Salah Ali Abdi alias “Salah Arab” was detained in Somaliland capital a few days after he returned a tour to Mogadishu, Somalia’s war torn capital. The artist claimed that his detention was racially and politically motivated. Salah said that he was arrested after performing in Mogadishu. The singer had regained his freedom yesterday after he pleaded for securing his release from prison despite languishing in jail. Salah is a Yemeni national who currently lives in the Somali region of Ethiopia, but travels to perform Somali audiences. Salah said: “I am a musician, I travel and perform for Somalis, and my fans wherever they are. I have been to Djibouti, Ethiopia and Somalia.” The Yemeni singer’s release was secured by efforts from Somaliland’s opposition parties. He expressed his gratefulness to the government of Somaliland, its populace and but said that the Somaliland artists do not deserve his appreciation. Two other artists from Sosmaliland who accompanied him to Mogadishu tour are currently languishing in prison