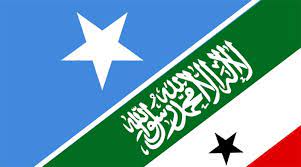 My name is Ibrahim Hassan Gagale hailing from Somaliland. I strongly oppose any reunion with Somalia because unity has no value in Africa for seeing the disastrous 30 year-old union. Africa has become the continent of tribalism, tyrannical dictatorships and corruption that lead to constant, endless civil wars that obliterate the future of generations since 1960. So, unions or federal systems are not practical and viable.

There are nearly 17 Arab countries (White Arabs) who share Religion, language, culture, tradition, customs and color but they disagree to share union or even federal system. Similarly, Somaliland Republic and Federal Somalia cannot be forced to share union or federal system again if one side does not want it because it is not survivable. No body knows if Greater Somalia (Somaliwein) and Greater Arab will ever become a true dream.

Those who argue that a union between Somaliland Republic and Federal Somalia is sacred or inevitable is not true. A union or federal system between countries (two or more) can end or be dissolved at any time if the sides sharing it disagree to continue sharing it like Federal Somalia and Somaliland Republic (1960-1991), Senegal and Gambia (1982-1989), Egypt and Syria (1958-1961) etc. But the unity within a country whose nation shares independence, flag, colonial history and borders is sacred like Somaliland, Djibouti, Somalia, Tanzania, Zambia etc. and it’s territorial and national integrity are inviolable and indivisible.

Even though I adamantly oppose any reunion between Somaliland Republic and Federal Somalia, I am personally committed to do whatever I can do for the people of Somalia and help them defeat the current tribal dictatorship of Farmajo to restore democracy and people’s government in Somalia because we share many undeniable things such as Religion, language, culture, tradition, color etc like Arabs and we have common enemy and common interest. Dictatorship is a mental terminal disease for some people who lack faith, conscience and moral values. Their personal ego and tribal interest come before national interest that would promise successful life and future for a country. Dictators usually drive nations to hopelessness and civil wars.

Somalia needs no more tribal dictatorship that sets back the clock of progress and brings death and destruction again as Siad Barre did it for 21 years. A dictatorship that embraces or endears the mortal enemy of all Somalis in the Horn of Africa is both dangerous and treasonous. Like many intellectuals, I cannot watch passively another tribal dictatorship developing in Mogadishu that undermines the future of it’s children and destroys the hope of a nation, stealing its bright future again.

Allah, SWT, defeats the tyranny, oppression and injustice, He is the Guardian of Muslim nations and supports those who fight and reject tyrants. When people sacrifice their lives to defeat tyranny, they secure better future and freedom for their children and for future generations. I pray for the people of Somalia and wish them victory over the current tyrant.