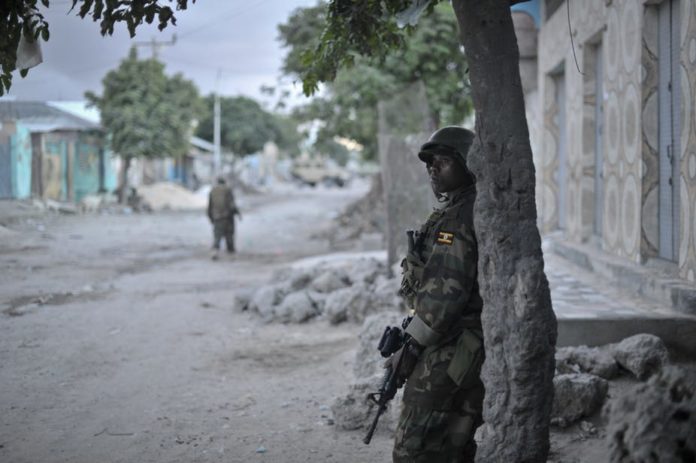 In an ever more urbanising world, peacekeepers will increasingly operate in cities. In a recent article, we analysed how attacks against the African Union Mission in Somalia (AMISOM) affected the peacekeepers’ ability to operate in Mogadishu.

Cities host key logistical and political assets and institutions. They are frequently the object of fierce contestation among warring parties. Cities may also remain divided and insecure long after formal peace agreements are signed, posing significant challenges to peaceful transitions.

Some peace operations deployed in cities have come under attack by forces opposed to their presence. Such attacks, in turn, affect peacekeepers’ ability to operate and sometimes have led to their withdrawal. In Kigali, Rwanda, the killing of ten Belgian peacekeepers posted to the UN mission there on 7 April 1994 led the country to withdraw its contingent.

The United Nations Operation in Somalia was also forced to leave after the United States pulled out its troops. This was after the infamous “Black Hawk Down” battle in Mogadishu in October 1993.

Recent research has shown such responses may be the exception rather than the rule. But attacks on peacekeepers may have other important effects for operational effectiveness.

In our article, we focus on the African mission in Somalia between 2007 and 2009, the mission’s first three years of operations. The mission was deployed where there was little “peace to keep”. It quickly came under attack from al-Shabaab, the main armed group opposing Somalia’s Transitional Federal Government (TFG).

Using data from the Peacemakers at Risk (PAR) dataset we analysed patterns of violence involving the peacekeepers. An estimated 50 peacekeepers were killed in direct acts of violence in Mogadishu between 2007 and 2009. This affected AMISOM’s operations in several ways.

First, the insecure conditions in Mogadishu forced it to concentrate on its core military tasks – protecting the TFG and its own troops. Patrolling and civilian engagement were limited, which also reduced the mission’s access to intelligence.

Second, attacks on AMISOM significantly hampered its ability to deploy throughout the city. After securing a few key locations, the mission had to focus on protecting these sites. It was not able to spread out across the city for several years. The concentration to a few key locations was partly the result of delays in the deployment of troops and mission support. However, the fact that many states were unwilling to contribute was partly due to the violence targeting the mission.

Third, attacks on peacekeepers at times led to heavy-handed responses. This prolonged fighting where civilians were caught in the crossfire. In turn, such cases increased popular criticism of the mission and led to pressure on the mission to reduce the levels of civilian harm.

Such instances also exemplify the challenges of peacekeeping in cities, as al-Shabaab often attacked from positions in civilian neighbourhoods.

These experiences illustrate the particular challenges that can result when peacekeepers face armed groups that know the urban terrain and rely on asymmetric tactics. These challenges appear to have hampered the implementation of some mandated tasks. These tasks included the wider stabilisation of the city of Mogadishu, promotion of dialogue, and the facilitation of humanitarian assistance.

Instead, the mission had to act defensively, focusing on protecting the contested transitional government and the mission’s supply lines.

These problems were amplified by another factor. For the first three years of its operation, the African mission was under-resourced. Later, it gained more troops and additional external support. It was eventually able to drive al-Shabaab’s main forces out of Mogadishu in 2011.

In summary, our analysis indicates that al-Shabaab was able to exploit its knowledge of Mogadishu and the city’s density to attack mission positions. This restricted the mission’s ability to operate effectively. However, despite these challenges, troop contributing countries did not withdraw. Instead, these countries added more troops to the mission. This enabled AMISOM to prevent the overthrow of the Somali TFG, its core mission.

AMISOM’s experiences suggest that urban peace operations must be given sufficient resources from the outset – that is, personnel, equipment and relevant training. They must also invest in gaining detailed knowledge of the urban environment by engaging local populations. And they must prepare for spoilers to hide among the city’s civilians.

Many of the peacekeeping objectives associated with effective operations – such as extensive patrolling and civilian engagement – seem difficult to accomplish in urban contexts where peacekeepers themselves become the target of attacks. As peacekeeping continues to become more urban, these issues warrant further attention.