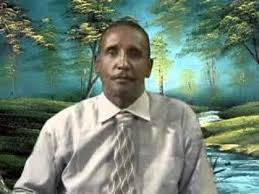 A veteran Somali musician and a singer Abdi Tahlil Warsame whose songs became hit in the 80’s and was recognized as the one of the top artists in Somalia has passed away at the age of 68.

The death of well-known singer who has been bedridden for many years was confirmed by his daughter, Hamdi Abdi Tahlil.

Hamdi said: ” The condition of my father has worsened for the past couple of nights. We have taken to Hawo Abdi Hospital. My father died at 2:25 am.”

Somalia’s ministry of information spokesman Ismail Mukhtar announced the death of Warsame in Mogadishu on Thursday night on a facebook post.

Warsame has been battling ill-health for many years.

“His death is a great loss to his family and to the entire Somali populace at large.” a statement from the ministry said

Some of his songs that became hit include Onkud, Sida Faras Bulaalo and Jaceyl Aayatiin leh.