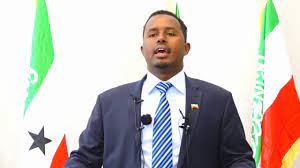 Heavy weight politicians from the three national political parties were defeated in the local government as well as the house of national assembly elections.

Some of the prominent politicians have lost by a narrow seat while others have came last in the list.

Mohamed Warsame Jama, the ex-spokesman of SL presidency, who was the front runner for the contest of the house national assembly in Sanaag province.

He was contesting on behalf of Somaliland’s ruling Kulmiye party, but lost by 24 votes and conceded a defeat to his arch political rivals.

Ahmed Abyan, the vice-presidential candidate for Justice & Welfare party (UCID) in 2017 presidential polls lost the seat that he was vying for the house of national assembly.

He was contesting on his home province of Sool region. Abyan’s plan was to contest for the speakership of the house of reps. if elected.

Mahmud Ramah, the secretary of internal affairs for Justice & Welfare party has contested for the house of national assembly in Togder region.

After a long campaign, Ramah failed to capture a seat.

After the results were out in Togder province, Ramah has accepted the outcome by expressing gratitude to his die hard supporters.

As NEC is releasing most of the final results of the most populous regions in Somaliland, Wadani opposition party is leading the seats captured when it comes to SL house of Reps.