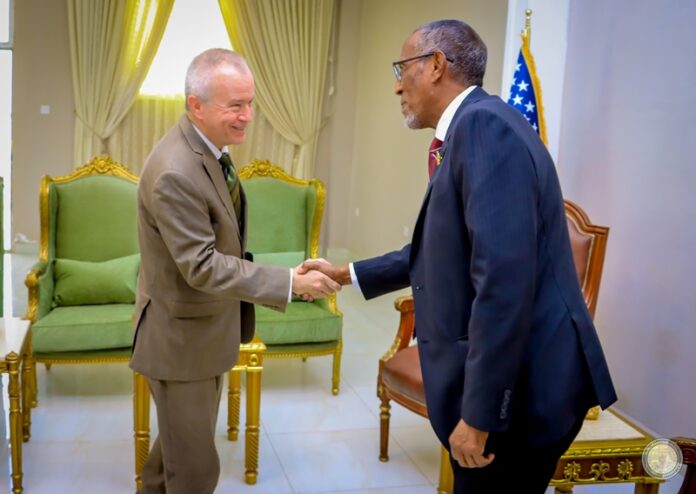 President H.E. Muse Bihi Abdi has today welcomed to the Republic of Somaliland a US delegation led by General Stephen Townsend, Commander of the US Africa Command (AFRICOM), to discuss advancing bilateral security interests in East Africa.

General Townsend, the top US military official to visit Somaliland since 1991, was accompanied by US Ambassador Larry André and other US government officials.

During the meeting between the two sides at Egal International Airport in Hargeisa, President Muse noted, that the visit of General Stephen Townsend is an important step towards laying the foundations for cooperation between Somaliland and the United States, as it marks the beginning of a new chapter in bilateral relations.

A stronger, larger partnership between Somaliland and the (AFRICOM) could enhance maritime security and support, and support trade and economic growth in East Africa.

General Townsend and US Ambassador Larry André welcomed the President’s remarks, and stated their readiness for security and military cooperation.

US Delegation, General Stephen Townsend and Ambassador Larry André also visited Berbera Port and Berbera International Airport, both of which were recently expanded and modernized to improve service quality, the economy, humanitarian issues and security needs of Somaliland, its allies and the region.

The visit of the Commander of the (AFRICOM) follows the historic visit of President Muse Bihi Abdi to the United States in March 2022 and the prior visit of the US Africa Command (AFRICOM) to Berbera in August last year. 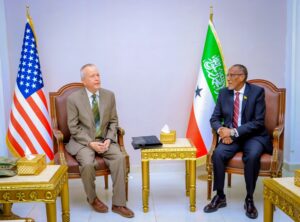 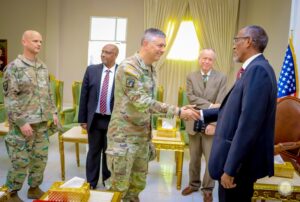 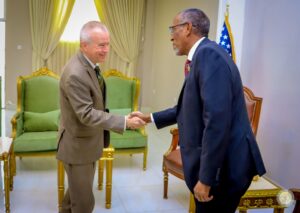