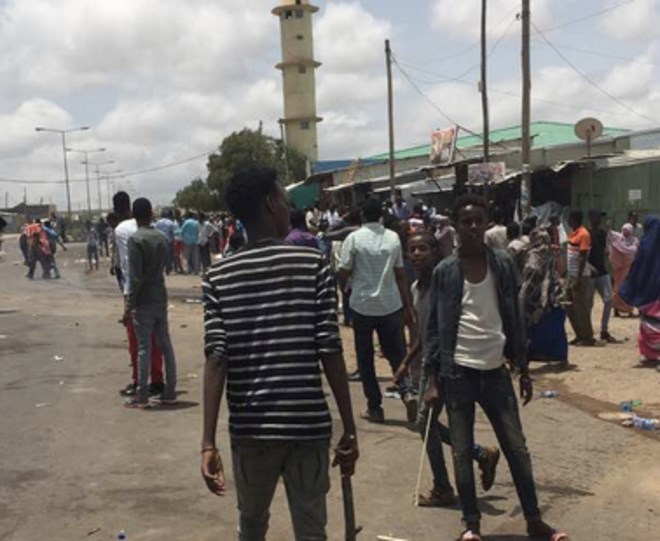 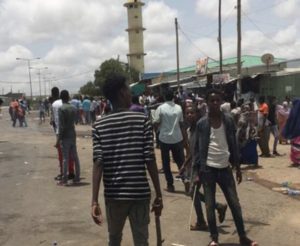 Mobs looted shops and burned down properties in Ethiopia’s eastern Somali region on Saturday, as unrest gained momentum and spread across the province following deployment of soldiers, witnesses said.

Violence has since broken out in at least four towns, with mobs attacking civilians and looting property, witnesses said.

“Ethnic non-Somalis are the ones being targeted. (The region’s) security forces are collaborating with them,” one resident told Reuters.

At least two Ethiopian Orthodox churches have been burned down, another witness said. Shops, hotels and banks remained closed, he added.

Residents in four other towns said gunshots were being heard.

A third witness in Jijiga said government soldiers had been deployed in the region’s administration offices with the intention of arresting officials.

It was not immediately clear why authorities in the capital Addis Ababa sought to apprehend them.

Government officials in Addis Ababa and Jijiga were not immediately available for comment, but Ethiopia’s defense ministry confirmed the deployment of soldiers.

“The violence has not been halted despite attempts by defense forces and other security forces to restore calm,” the ministry said in a statement.

“Hence, as the region’s peace and security has come under threat, our defense forces will not remain silent in the face of unrest and chaos and will take necessary measures in accordance with constitutional obligations.”

The ministry did not give reasons behind the deployment.

The province has been plagued by violence for the last three decades. The government has fought the rebel Ogaden National Liberation Front (ONLF) since 1984 after the group launched a bid for secession of the region, also known as Ogaden.

Since 2017, clashes along the Somali region’s border with Oromiya province have displaced tens of thousands of people.

In a statement, the ONLF criticized the deployment of federal troops, saying the government had ordered its military “to attack and take over the Somali regional administration … creating chaos and uncertainty.”

The “ONLF calls upon the new Prime Minister of Ethiopia to halt immediately any military activities and initiate a peaceful process,” it added, referring to Abiy Ahmed, who took office in April.