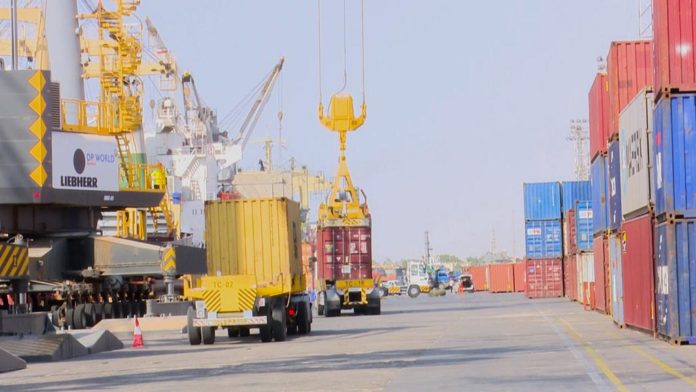 On the southern coast of the Gulf of Aden, sits Somaliland’s Berbera port. It occupies a strategic position in the Horn of Africa and lies on a busy shipping route for traffic to and from the Middle East and eastern Africa.

DP World is working to expand and modernize the port of Berbera, to transform it into a major shipping hub. Over the last wo years, Berbera’s capacity has grown by 50%.These Mobile harbour cranes are the latest addition to the port.
“Our vision is to make Berbera a regional marine hub, a gateway for Ethiopia and to open new markets for the Somaliland people” said Supachai Wattanaveerachai who is Chief Executive Officer, with DP World Berbera.

DP World has also invested in personnel training and safety to improve productivity. The first phase of the $400 expansion project aims to create a berth for bigger vessels and a vast container terminal. The second phase will move the port’s container capacity to one million TEU.

“In terms of the value, before DP World came, we were handling something like 4,000 to 5,000 TEU (containers) a month. But now during this period, the bill goes as high as possible, we have increased more than 50% or even 60%. Now, each month we handle something like 12,000 to 15,000. Last month we hit a new record, over 13,000 TEU, said Said Hassan Abdullahi , the director general of the Somaliland Ports Authority.

The Berbera port project adds the much needed impetus not just to Somaliland’s economy but also its politics as it continues to press for international recognition.

A network of roads is set to be built to connect the port with its hinterland which also includes Ethiopia, a land-locked country of over 100m people that is fast industrializing.