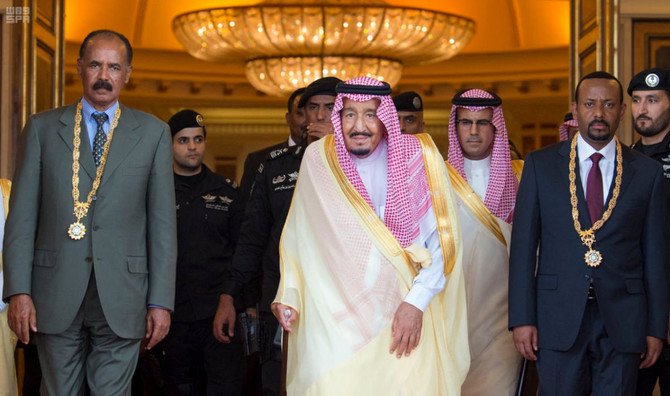 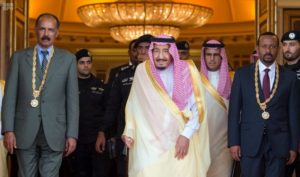 JEDDAH: The UN Security Council has praised King Salman’s efforts to facilitate the comprehensive peace, friendship and cooperation agreement which was signed by Eritrean President Isaias Afwerki and Ethiopia’s Prime Minister Abiy Ahmed, on Sept. 16 in Jeddah, and the meeting between the President of Djibouti Ismail Omar Guelleh and his Eritrean counterpart Isaias Afwerki that took place a day later.
Members of the council have welcomed in a statement released on Friday the meeting between the President of Djibouti and his Eritrean counterpart that took place on Sept. 17 in Jeddah, under the patronage of King Salman.
The council members said they hoped the meeting marks a new chapter in relations between Djibouti and Eritrea that will encourage both states to engage in purposeful dialogue.
“These developments represent a historic milestone and have far-reaching positive implications for the Horn of Africa and beyond,” read the statement, quoted by Saudi Press Agency (SPA).
The statement said the council members were notified of Eritrea and Ethiopia’s commitment to start a new era of peace, friendship and comprehensive cooperation, and their eagerness to promote regional peace and security.