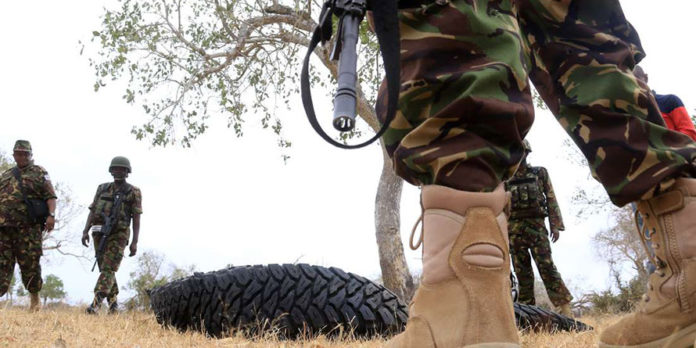 The United Nations has resumed making refunds for Kenya troops in Somalia with a Sh3.75 billion pay in March, boosting Treasury’s cash reserves at the end of the third quarter of the current financial year ending June.

The Treasury had only received Sh10.20 million in the seven months to February for a refund meant to be paid quarterly, drawing concerns from Nairobi.

The March compensation by UN represents 44.2 percent of the Sh8.5 billion the Treasury has budgeted for the current year, which has two and a half months to run.

The amount released in the three quarters is Sh922.87 million less than Sh4.68 billion in the same period in 2018.

Kenya is demanding more compensation this year from the UN than Sh6.1 billion it has budgeted for in the last four years.

The UN has, however, been facing a record cash crunch, which its boss Antonio Guterres warned July last year would affect the delivery of its mandate if not expeditiously addressed.

“Our cash flow has never been this low so early in the calendar year, and the broader trend is also concerning: we are running out of cash sooner and staying in the red longer,” Mr Guterres warned in a letter to staff, appealing to member states to timely pay their assessments in full. He also pledged austerity measures for non-staff expenditures.

About 4,000 Kenyan soldiers are part of Amisom.

The soldiers receive the funds through the government.

Kenya formally sent 4,660 soldiers to Somalia in October 2011 after incessant attacks and kidnapping of civilians by Al-Shabaab militants within its territory.

A year later, the UN Security Council gave Kenya the green light to join the African Union Mission to Somalia, a decision that meant the Treasury would not bear the full costs of the incursion.