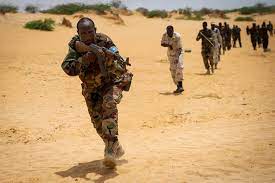 Mogadishu—The Office of the United Nations High Commissioner for Human Rights (OHCHR) raised concern about reports of torture and other abuses, including gender-based violence perpetrated by Somalia’s Intelligence and Security Agency (NISA) and the army.

In a statement issued on Friday, OHCHR said public executions practiced by authorities in Somalia raised serious issues under the Convention against torture.

“It was disturbed by reports about torture and other ill-treatment, including gender-based violence, committed by the National Intelligence and Security Agency, the Somali National Army and other actors,” OHCHR said.

“The Committee was further concerned by overcrowding and poor conditions in Somalia prisons and reports of life-threatening conditions in detention facilities under control of Al-Shabaab.”

OHCH called on Somali authorities to establish a definition of torture that complied with the Convention and to establish a national human rights institution to investigate all alleged acts of torture.