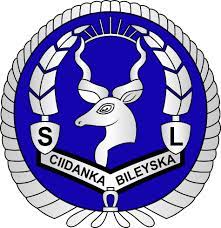 Sool Regional Police led by Lieutenant Colonel Ali Ahmed Shire have apprehended a terror cell that was responsible in organizing and executing killings of many important personalities in the province.

This was confirmed in a terse statement from Sool provincial police department.

Sool Region Police said that the terrorists engaged police in a fierce shootout when they were ordered to surrender. He revealed that the police managed to subdue them and make the arrests.

The regional police had started a thorough investigation on the killings spree around Las’anod town and her environs that led to the capture of the terrorists.

Police noted that their cooperation with members of the public played a part in the apprehension of the terror cell. They added that they are following leads to arrest other cells operating in the region.

The terrorists used to target intellectuals, traditional leaders and other top government officials in the province.

The police thanked the public for their cooperation with the information that led to the capture of the terrorists whose main agenda is to destroy the peace and security of the country.