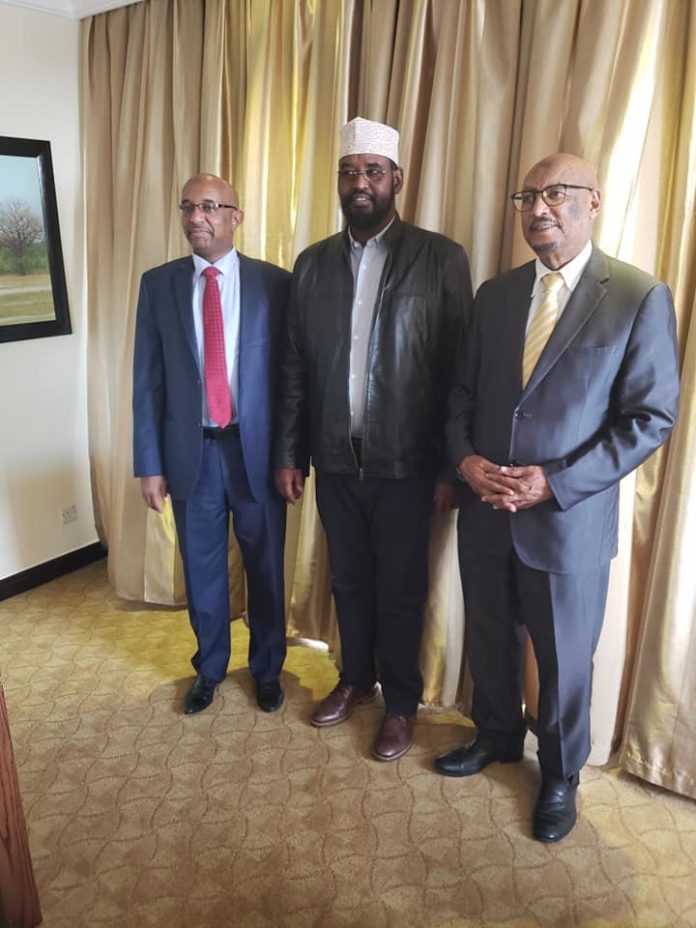 Somaliland’s Justice and Welfare Party (UCID) Chair, Honorable Faisal Ali Warabe has met with Jubaland State president Ahmed Mohamed Islam alias “Ahmed Madobe” in Nairobi, the Kenyan capital on Thursday.
The two leaders have held high level talks and discussed issues ranging from Somaliland, Somalia, the current political changes in the Horn of Africa and other thorny issues.
Mr. Faisal has sided with Ahmed Madobe during the political row between Jubaland and Somalia’s Federal Gov’t over the election of Ahmed Madobe to the presidency for his second term. The SFG termed it as sham elections and won;t recognize the outcome.
The former Somaliland disgraced Director General Mr. Mohamed Adan Ilkase who was sacked from the ;labor and social affairs ministry was with Hon. Faisal during the meeting between the two leaders.
Somaliland reserved its decision to attend Madobe’s inauguration but Mr. Ilkase was seen from television screens while in attendance.