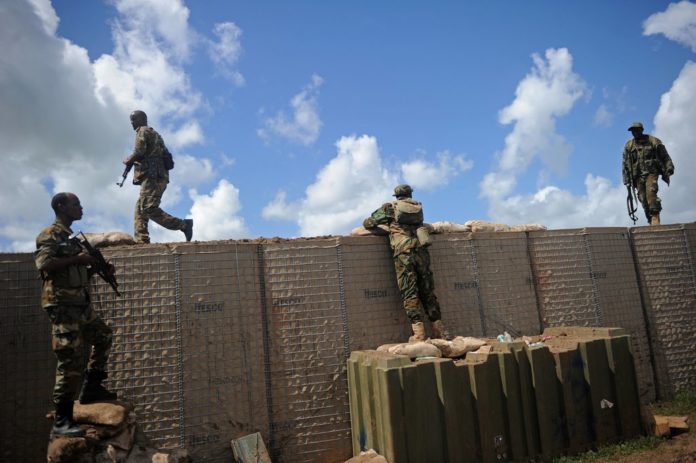 WASHINGTON — The Pentagon’s Africa Command said on Tuesday that it had carried out the deadliest attack against the Islamist extremist group Shabab in nearly a year, killing about 60 fighters in central Somalia.

The strike took place Friday in the vicinity of Harardhere, about 300 miles northeast of Mogadishu, Somalia’s capital, the military said in a statement. Africa Command officials offered no other details except to say it did not kill or injure any civilians, suggesting the militants were in a camp or massing for an attack.

The strike came after a recent spate of attacks that the Shabab have conducted against Somali security forces and their American advisers across the country.

“These sustained attacks demonstrate that Shabab retains the ability to launch conventional offensives, in addition to its terrorist attack capability,” said Bill Roggio, editor of FDD’s Long War Journal, a website run by the Foundation for Defense of Democracies that tracks military strikes against militant groups.

In its statement, the Africa Command said last week’s strike was the deadliest against the Shabab since an airstrike against a Shabab camp northwest of Mogadishu on Nov. 21 killed about 100 militants.

So far this year in Somalia, the United States has conducted 27 strikes, including by drone attacks, mostly against small numbers of Shabab fighters. That is on pace to surpass last year’s attacks against the group.

In 2017, the military carried out 35 airstrikes in Somalia — 31 against Shabab fighters and four against Islamic State militants, according to Mr. Roggio.

The attacks by the Shabab, Al Qaeda’s affiliate in East Africa, underscore the resilience of regional arms of Al Qaeda and the Islamic State in places like Yemen, Libya, West Africa and Afghanistan.

Last weekend marked the one-year anniversary of the Shabab’s deadliest attack, a truck bombing in Mogadishu that killed well over 500 people.

There are now roughly 500 American troops in Somalia; most of them are Special Operations forces, including Army Green Berets, Marine Raiders and Navy SEALs stationed at a small constellation of bases throughout the East African nation.

They have been training and fighting alongside local troops in Somalia for more than a decade, and are now buttressed by invigorated airstrike authorities under the Trump administration.

Over the past year, the Pentagon has shown renewed concerns about the Shabab, which were also responsible for another of the deadliest terrorist attacks on the African continent when it struck a popular shopping mall in 2013 in Nairobi, Kenya, leaving at least 67 victims dead.

American military officials have expressed concern that the group is again growing — even after losing much of its territory in Somalia in recent years and being targeted by American drone strikes.

At the time, Sergeant Conrad’s death was the second American combat loss in Somalia in about a year. In May 2017, a member of the Navy SEALs, Senior Chief Petty Officer Kyle Milliken, was killed and two other American troops were wounded in a raid.

The casualties were the first to have been publicized in Africa since an ambush in Niger in October 2017 killed four American soldiers.