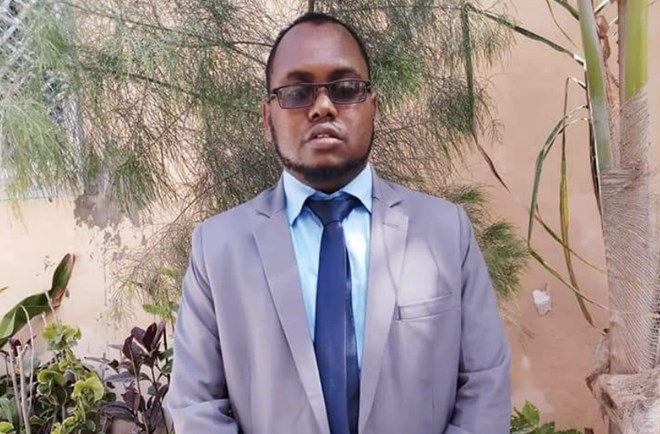 According to family and colleagues, a knife-wielding man attacked and stabbed the journalist four times outside a shop in Sey Biyano neighborhood in Mogadishu’s Hodan district around 7.30p.m local time. He died on spot and the body was taken to the hospital.

“He covered a story on the murder of a school teacher in Afgoye on Monday before he left the TV to his home at 2.p.m,” said Mowlid Mohamed Urur, the director of Kalsan TV, a privately owned television where Said Yusuf Ali worked.

Late Said Yusuf Ali, who was in his 30s, has left two sons and an expectant mother.

Police have told local media that they hold the killer at the Criminal Investigation Department (CID).

This murder is the latest in a series of attacks against journalists and media professionals in Somalia. The killing comes against a backdrop of rising threats, intimidations, and harassment by the Somali government. It is extremely worrying that almost all of the attacks against Somali journalists have gone unpunished.

We call for the Somali government to take urgent action including investigating the perpetrators to ascertain the motive of our colleague’s killing.

On World Press Freedom Day on Sunday, we, the Somali media fraternity called for the authorities to end the violence and threats on the journalists and through our lawyer, submitted an official protest letter that documented key violations against press freedom to the Offices of Somali President, Mohamed Abdullahi Mohamed (Farmaajo), Prime Minister, Hassan Ali Khaire and Minister of Information, Mohamed Abdi Hayir (Maareeye).