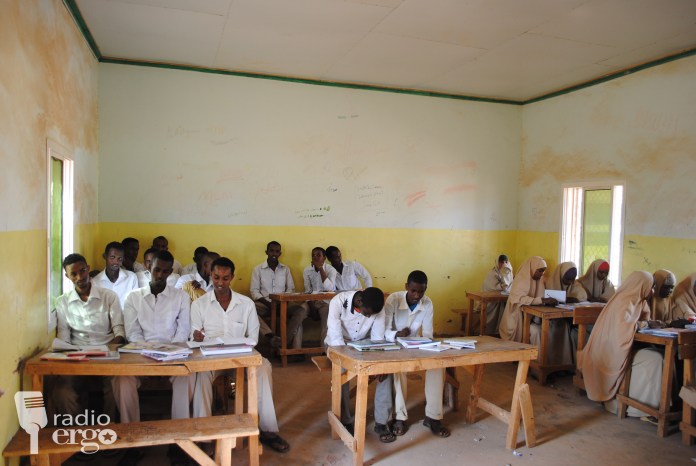 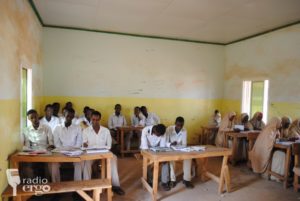 Maryan Mohamed Nur, 23, said goodbye to her family and friends in Dadaab’s IFO refugee camp this month as she set off on the education journey of her dreams, after winning a scholarship along with 15 other refugee students to go to university in Canada.

Since fleeing with her seven-member family from Kismayo, Lower Juba, in 2008, Maryan spent the last 10 years in Dadaab dreaming of a better life.

She used a flashlight to do her homework as a child at night when they had no light bulbs. After finishing high school in 2015, she started teaching in Sahal secondary school in Dhagahley camp, where one day she saw a flier pinned to the wall calling for applications for the scholarship programme.

Maryan signed up and sat the oral and written exam.  She was one of six female and 10 male students awarded a scholarship under the annual scheme funded by the World University Service of Canada.

“My mother helped me reach this level, because it is the house chores that usually distract the girls from pursuing their education but my mother didn’t make me do those chores, she did them herself,” Maryan told Radio Ergo.

“I have chosen to study medicine at university. I chose it because I like it and I would like to specialize in women’s health, and I hope to give back to my people,” she said.

Jibril Isaq Mohamed, the head of Windle Trust that oversees education and student affairs in Dadaab, said a total of 42 students applied for the programme.  He explained that the selection criteria include having lived for minimum three years in the refugee camp, and a high school certificate with an overall B+ pass mark for boys and B- for girls.

Maryan and 12 of the scholars flew from Nairobi to Canada on 21 August. The remaining three are set to depart on 5 September.

The programme began in 2004, when only one student in Dadaab was awarded a scholarship. Since then varying numbers of awards have been made every year.  When the students complete their studies they are given the option of remaining in Canada or returning home.