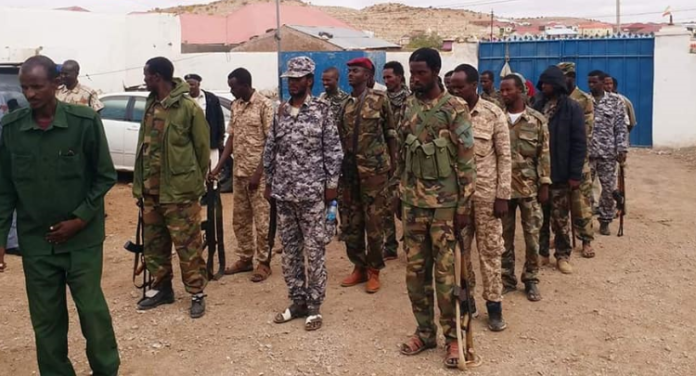 Thirty police officers of Boocame district, Sool, who had been loyal to the Somalia Federal state of Puntland laid aside their allegiance to Garowe moving over to find their rightful place with the Republic of Somaliland system.

The soldiers, introduced to the Sool regional administration, including the regional division commander, by the Somaliland mayor of the town, Farah Ali Madow, said they could no longer see a meaningful aim in staying with Puntland.

Looking ragged, gaunt and showing the ravages of enduring hardships associated with guarding a district well within the Republic of Somaliland from its own army.

“We had been deprived of all basic needs including salaries, supplies and equipment for so long which, additionally, added infinitely to our resolve to rejoin the country we belonged to – Somaliland,” the leader of the former Puntland police unit leader said.

The soldiers were immediately drafted into the Somaliland police and promised further training, regular salaries and the kind of care they so lacked while there.