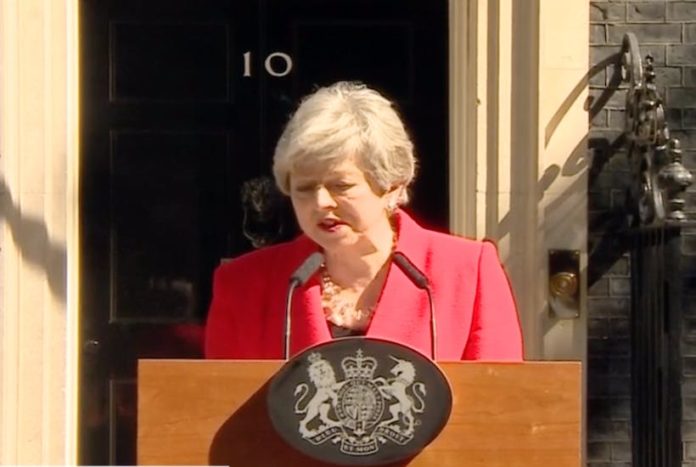 Theresa May has announced that she will be stepping down as Prime Minister on 7 June. In a statement outside 10 Downing Street,  May said that although it was a ‘deep regret’ that she had not been able to deliver Brexit, she had failed three times and:

‘So I am today announcing that I will resign as leader of the Conservative and Unionist Party on Friday 7 June, so that a successor can be chosen.’

‘I have kept Her Majesty the Queen fully informed of my intentions and I will continue to serve as her Prime Minister until the process has concluded.’

The announcement follows a meeting the Prime Minister had with Graham Brady, chairman of the 1922 committee of backbench Tory MPs, where he was expected to call for her to stand down. May’s departure now means that she will continue as Prime Minister for the duration of Donald Trump’s state visit on the week beginning 3 June, before the Tory leadership race to succeed her officially begins.